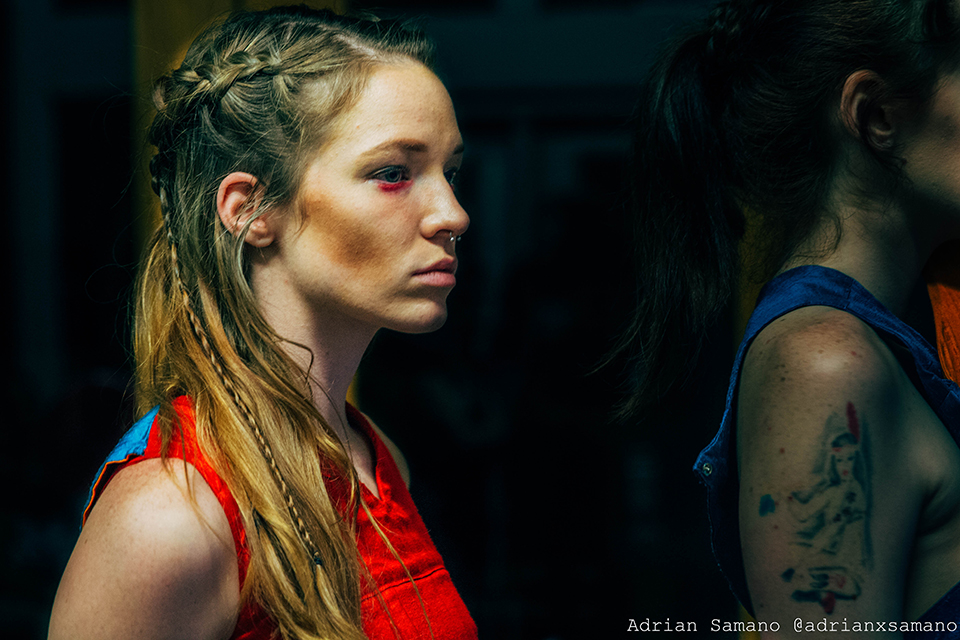 Last Friday night, the Patterson-Appleton Arts Center in downtown Denton was transformed into an eclectic manifestation of fashion statements, projection art, performances and installations. The PAAC housed “The Root: Alternative Fashion Showcase,” the first fashion show in the history of Oaktopia Music Festival.

Experience Director Ashley Whitby brought the festival’s narrative of art, music and culture to life as the visionary and curator behind “The Root.” Throughout the late night showcase, the arts center’s interior was illuminated with tranquil purple tones. Translucent drapery hung down from the rafters and a fusion of organic and geometric light patterns projected through the fabric and onto the walls, models, and sound booth. Whitby and her team constructed a surreal atmosphere that provoked undertones of nostalgia and postmodernism through innovative uses of color and sequence.

The eclectic selection featured unapologetic, nomadic, androgynous and ethically made pieces inspired by origami, healing and freedom, architecture, and menswear. The showcase was accompanied by house beats from DJ Boston Kassidy, as well as special performances by dance collective Illusive Movement and soul/pop artist Dezi 5. Eric Trich created the show’s ample projection art, while hair and makeup was sponsored by Ogle School.