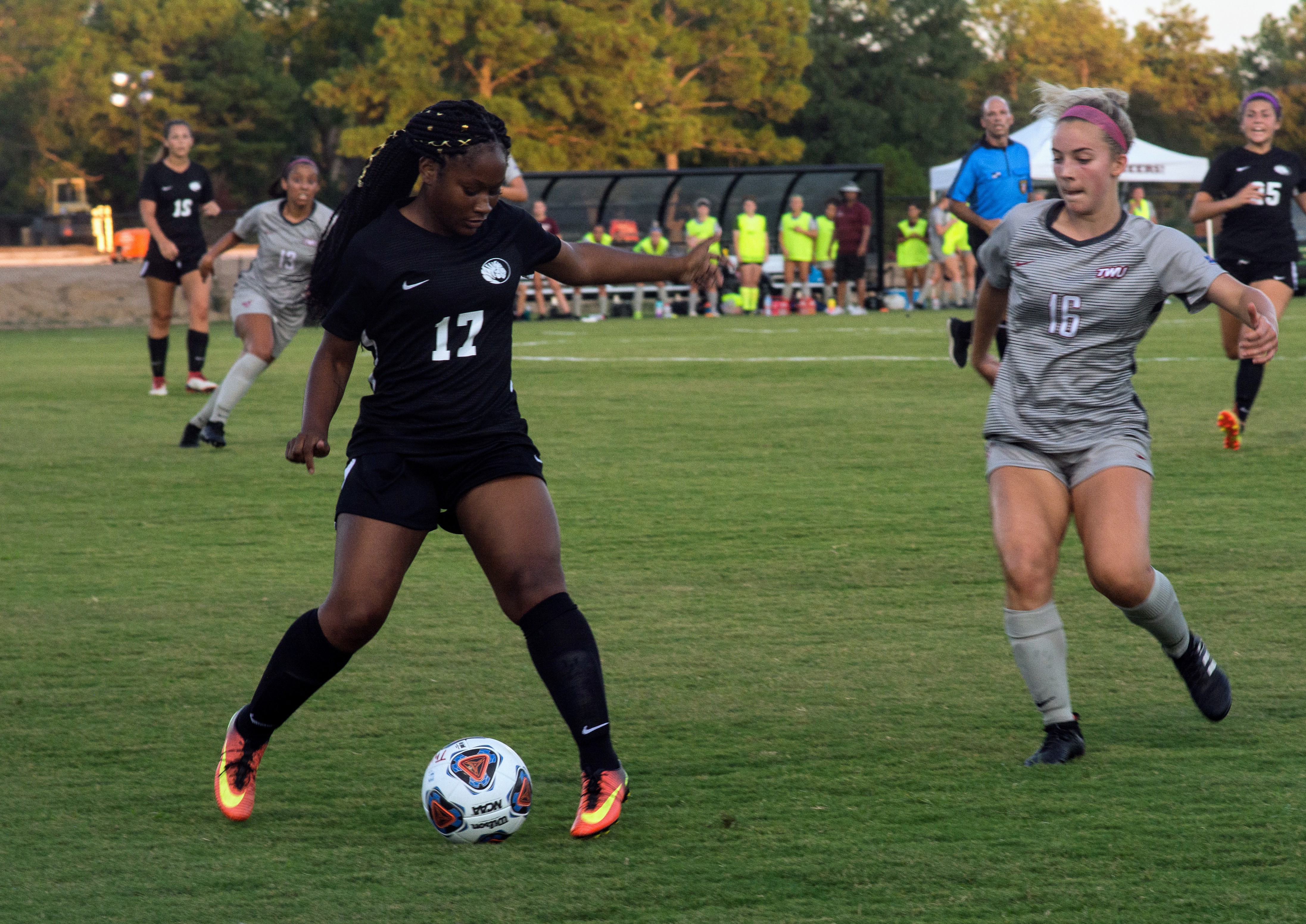 Pioneers undefeated in first soccer match of the season

In front of a cheering crowd, the Pioneers defeated the East Central Tigers 5-0 at their first home game of the year. The game started out slow for the Pioneers, but they were able to build off of each other’s strength and energy.

“I think we started off slow but after we got into a rhythm, it went really well,” head coach Babak Abouzar said. “Anytime you score 5 goals in a game it’s exciting to see. This gives us a huge momentum [for the rest of the season].”

Forward and junior kinesiology major Haley Ward was the first player to score a goal assisted by forward freshman Jaycee Fuller. A few seconds after her first goal, Ward scored another one.

“Our midfield really connected well with us,” Ward said in a TWU Athletics press release.  “We were just attacking all game.”

Two more goals from Fuller and another from midfielder and sophomore accounting major Abigail Martinez made up the remaining points of the game. The team’s offense and defense worked together to keep East Central from scoring.

“I feel they build their bond by being so inclusive,” Abouzar said.  “Doesn’t matter if you’re an upper or underclassmen. This bond was shown in the game by how much they supported each other when things were not going our way early on in the match.”

The Pioneers will face Rogers State tonight at 5 p.m at the Pioneer Soccer Park.