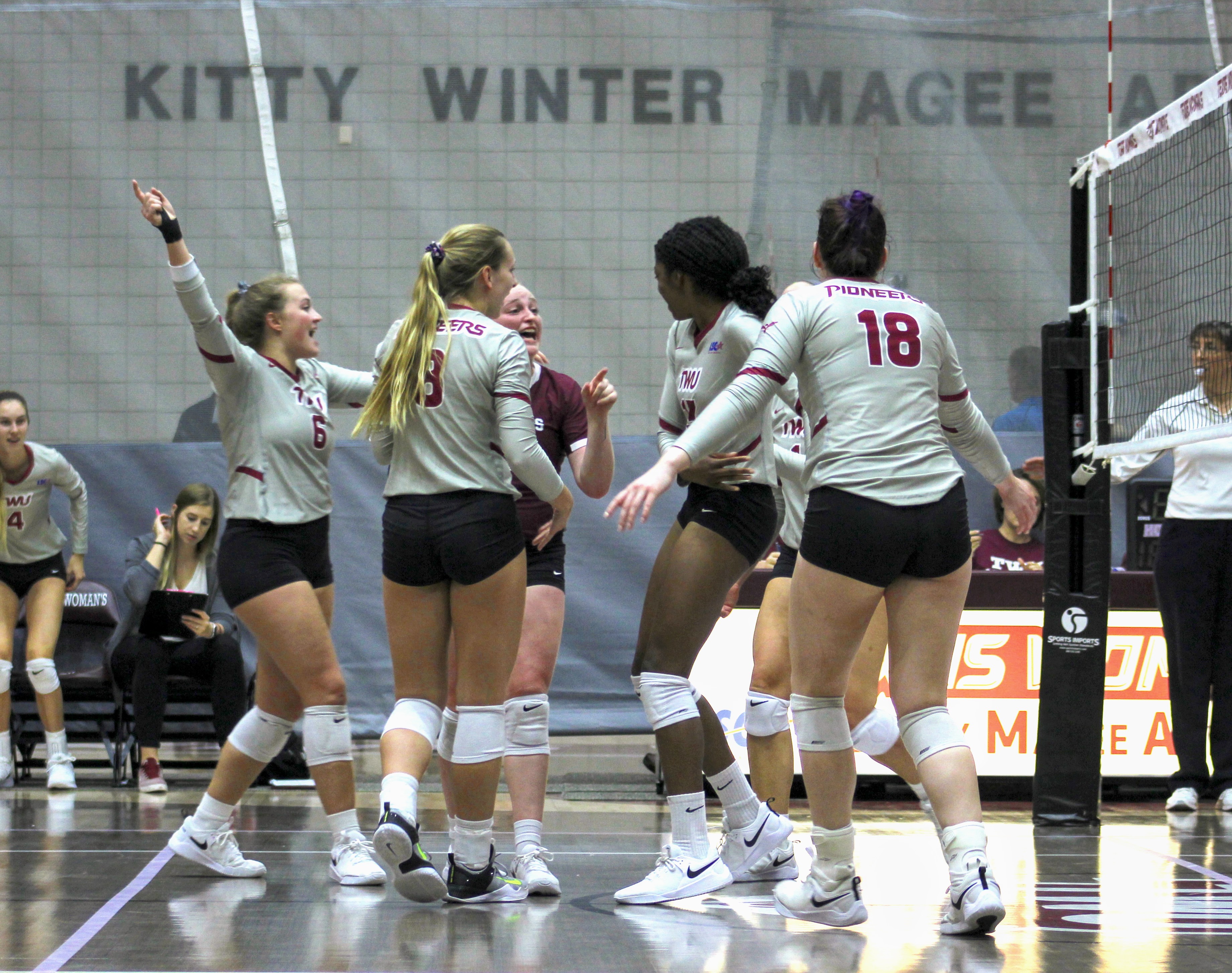 The Pioneers volleyball team is tied 4-4 for the season after the Texas Woman’s University’s Pioneer Invitational at Kitty Magee Arena last weekend.

TWU held the invitational with Dallas Baptist University, hosting 11 teams between the two venues. The weekend started strong with the Pioneers winning their first two home games of the season on Friday but ended with 2 losses to close the tournament on Saturday.

Jeff Huebner, head coach, said the tournament had some hard competition. There were 6 teams competing in the invitational that were ranked in the top 50 last year, and TWU played four of those teams.

“It was a tough weekend, but that’s good for us,” Huebner said. “I was especially proud of the way we competed against Sioux Falls.”

The Sioux Falls Cougars currently are ranked 24 and are undefeated in their pre-conference season, holding a record of 4-0. The Pioneers lost 1-3 in their match against the Cougars on Saturday.

“Even though we lost, it was really good for our program because we were able to grow from it,” Tabitha Spray, junior outside hitter said. “We learned a lot of things we need to work on.”

Trixie Oche, sophomore middle blocker, and Spray both received spots on the All-Tournament team for their efforts on the court this weekend.  Oche had 14 kills against Henderson State University and Spray had 16 kills against Harding University, each setting season-highs for kills.

“When you have committed athletes like [Oche and Spray], you have really good opportunities to win,” Huebner said.

The Pioneers will be on the road Friday, Sep. 20 and will begin their Lone Star Conference play against the University of Arkansas-Fort Smith.

Alyssa Walker can be reached at awalker26@twu.edu