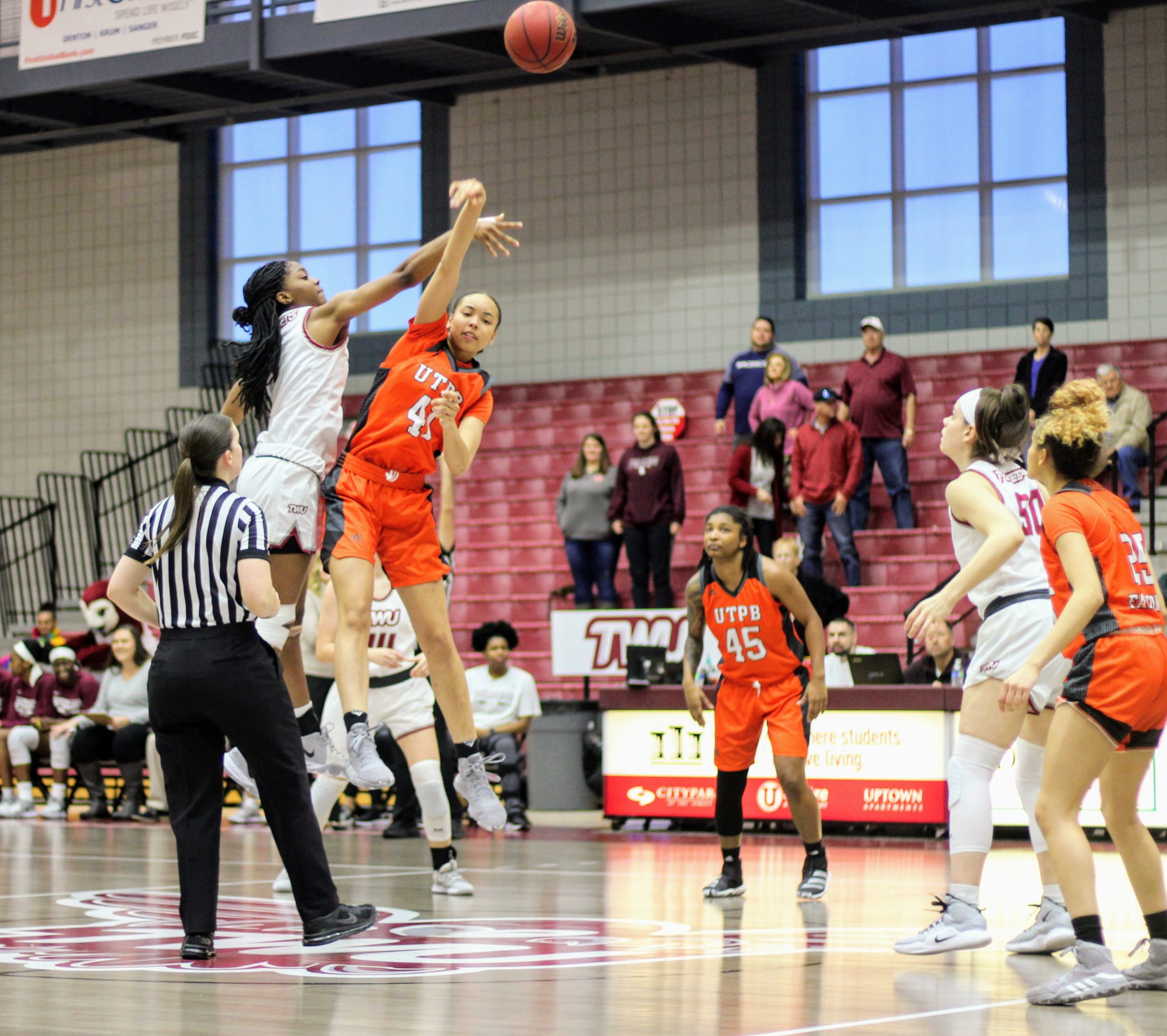 The TWU Pioneers finished their 15th game of the season at Kitty Magee Arena Saturday, Jan. 18 with an overtime win.

To prepare for this game, junior forward Kam Daily said, “Normally, I’m just hanging out in the training room, listening to music, and going through the process of what we’re going to run first play of the game.”

After that halftime regroup, everything changed for the Pioneers. By the end of the third quarter, the score was 40-46, leaving the Pioneers just six points shy of the lead. TWU fans cheered with enthusiasm at the beginning of the fourth quarter.

“The crowd energy was just amazing, and that’s really what pushed us through,” Daily said.

That energy carried them through to the end when the Pioneers pulled off a last-second 2-pointer.

Overtime was short and sweet as the crowd watched the Pioneers get point after point, dominating the court. They finished with a 5-point lead to break their losing streak. With a win for the team, the players said they are working hard individually to keep themselves on the top of their game.

“I’ve worked on my free throws, I need to have more finesse around the rim, and just be more consistent with my throws” Woods said.

This sentiment was shared by Daily who said, “I’ve definitely improved on shooting from the short corner and also shooting defensively.”

The TWU Pioneers will be playing against Tarelton State University at the Kitty Magee Arena Saturday, Jan. 25 at 2 p.m.

Featured image: A member of the Pioneers basketball team and the University of Texas Permian Basin leap for the jump ball at The Texas Woman’s University Kitty Magee Arena in Denton, Texas on Saturday, January 18, 2020. Photo by Sarah Pham.