This season marks the start of a new chapter in Pioneer volleyball.

In his first season, Huebner is making strides towards more concentrated training methods. “I think that we’re going to play a faster style offense,” said Huebner, “I think that you’ll see the team be a little more athletic on the whole.”

Senior Middle Blocker/Outside Hitter and Captain Haley Collins said, “Training is more focused, and the training we do on the court is very fast paced…It’s very mentally demanding, and it’s making us a better team.”

According to Sophomore Setter and Captain Katy Ranes, the team has also begun training with the Volleyball Performance Index test.

“[VPI] is more volleyball-based testing…as compared to what we did last year, which was like push-ups, sit-ups and a couple of running tests,” said Ranes, “[VPI] will test your vertical jump, how hard you hit the ball, and…it will actually show results that could help us win.”

Collins said that working with Huebner and Farney has been “extremely productive.”

According to Collins, the coaches’ effect on the team goes much deeper than training techniques. She said, “Our culture is going to change a lot from what it has been in the past

because of Jeff and Laura.” To put it simply, Collins describes that culture as “a hunger for improvement, for knowledge, and a desire to be more connected ith the people that you’re around.”

Huebner is ecstatic to be working with the team. He said, “We have had great chemistry between coaching staff and players, and their commitment to hard work I think is going to result in pretty good pay off this fall.”

Huebner also expressed his excitement about working with Farney this season. “Laura comes with a wealth of experience,” he said, “She’s really developed into a coach who cares so passionately about our players and how they develop and grow as young women. And then she gets to couple that with really high-level playing experience and really high-level coaching experience.”

The coaches and captains alike have a lot to look forward to this season. Huebner said, “I’m looking forward to opening home weekend. We get Tarleton and Angelo State, which finished one and two in conference last year…That’s going to be a really good opening weekend  test where we get to find out exactly where we are, where we need to be, and hopefully surprise a few people.”

The Pioneers kick off the Lone Star Conference with Tarleton State on Friday, Sept. 15 at 7 p.m. and Angelo State on Saturday, Sept. 16 at 2 p.m. in the Kitty Magee Arena.

The first matches of the season take place in Golden, Colorado. On Friday, Sept. 1, the Pioneers play Northern State at 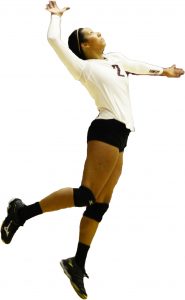 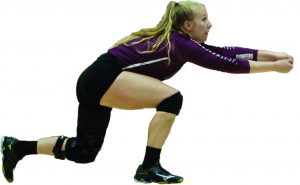