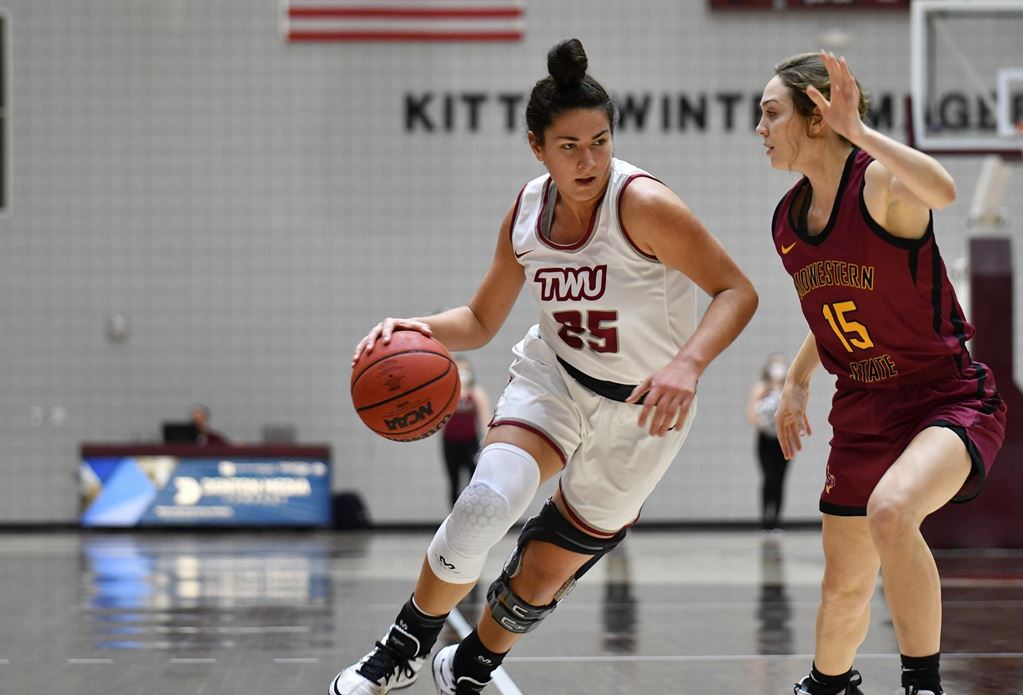 The Pioneers hosted the Wichita Mustangs Jan. 22 and 23 at the Kitty Magee Arena. Friday’s score was 67-51 and Saturday’s was 46-37. This was the third game of the season for the Pioneers after many were postponed.

“We were thrilled to finally be able to play again this past weekend,” basketball head coach Beth Jillson said. “Due to COVID, we have had 10 games postponed within the last 2 months. Although the outcomes were not what we wanted, we took steps in the right direction and the biggest win was being able to play the game we love and that we have missed so much.”

The team showed true resilience in overcoming multiple obstacles and continues to grow throughout the season, Jilllson said.

At Friday’s game, sophomore guard Sadie Moyer and freshman forward Scout Huffman tied, scoring 16 points each. The Pioneers doubled down on the scoreboard, receiving 21 points in the last quarter but ultimately, it was not enough to catch up to the Mustang’s lead.

Senior forward Kam Daily led with the most points for Saturday’s game, adding 12 points to the scoreboard. Three minutes into the second quarter, senior Ma’k’La Woods topped MSU’s lead 17-16. The teams continued to one-up each other as MSU scored a three-pointer shortly after, but Huffman tied up the score 19-19.

There were no fans in the crowd at Kitty Magee due to regulations prohibiting spectators. Jillson said the team understands the precautions taken but misses the support of students, families and friends in the crowd. However, Jillson said they have been able to look past this obstacle.

“This team brings great energy and effort to practice every day,” Jillson said. “I know we will continue to improve and take advantage of every opportunity that comes our way, valuing each day.”

The Pioneers with play against Oklahoma Christian University Jan. 26 at 2 p.m. at the Kitty Magee Arena and then take on UT Permian at their home Jan. 29 and 30.