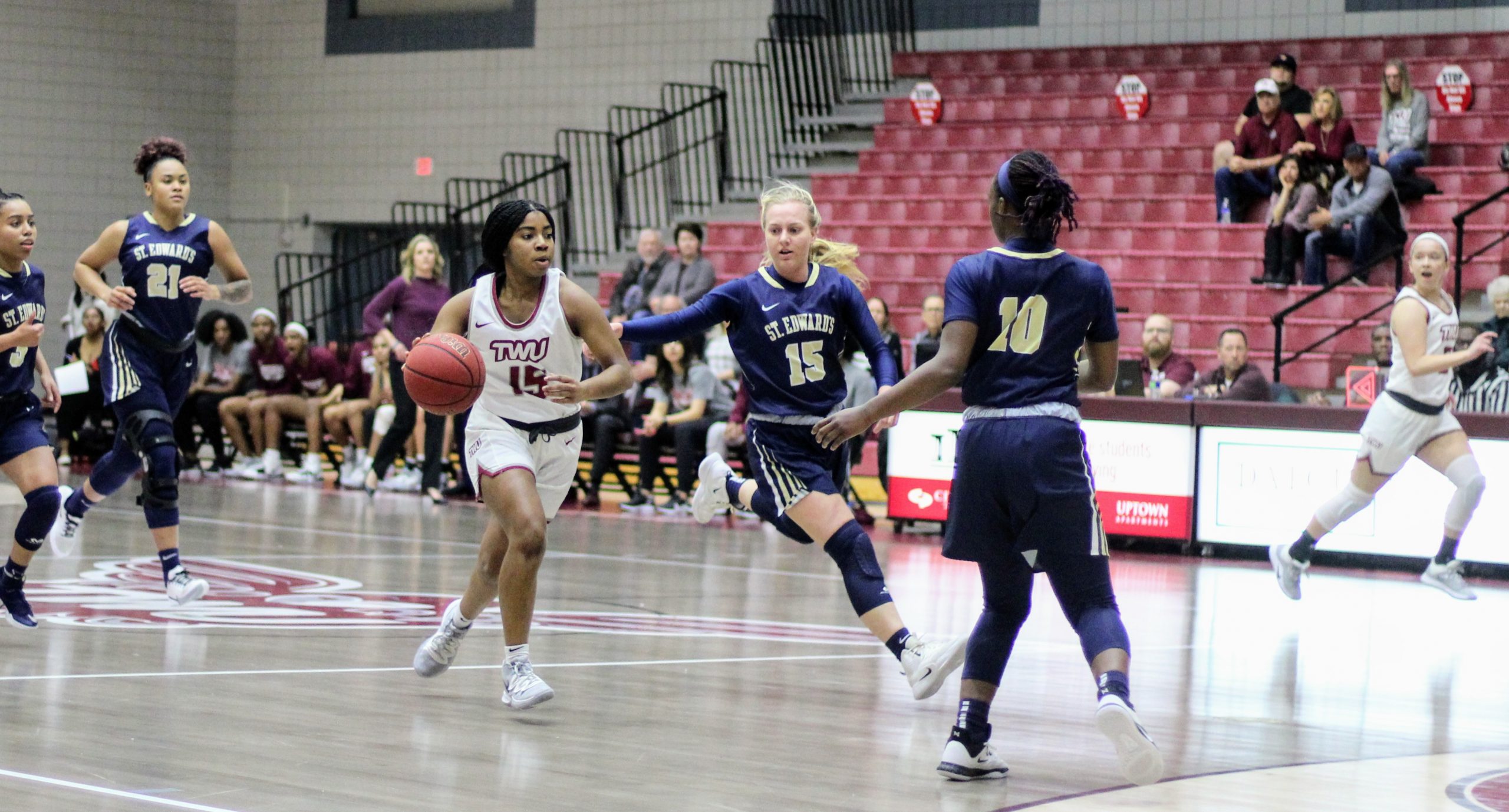 Last Thursday, the Texas Woman’s University basketball team took on the St. Edward’s University Hilltoppers and came back with a vengeance after losing to them earlier this month. The Pioneers came out on top with a final score of 67-61.

Despite coming into the game with a higher rank in the Lone Star Conference, the Hilltoppers never recovered after losing their lead in the second quarter. The two teams fought their last game against each other on Hilltopper home turf, so the Pioneers served them with a taste of their own medicine by taking the win at their own Kitty Magee Arena.

“We knew we could really give them a game,” sophomore forward Maggie Stephenson said. “They were really overlooking us, so we wanted to come out and punch them in the mouth [and], kind of, show them a little something. We were ready.”

“We had amazing energy from start to finish, tonight,” Jillson said in a press release. “Offensively, we were efficient, working the ball inside and hitting open shots from the perimeter at some key moments. Maggie’s block at the end of the first quarter was a huge spark and gave us momentum heading into the second quarter where I think Sadie stepped up and made some big shots going into the half.”

Fueled by a nothing-to-lose mentality, the Pioneers showed continued energy despite starting the beginning of the second quarter eight points behind the Hilltoppers. The Pioneers closed the gap with a 26-26 tie with 2:29 left in the second quarter, coming out on top 32-28 by the half.

After their game Thursday, the team was glowing.

“Everything just makes me so proud,” Moyer said. “The whole bench went insane, like, we were just all so hype. We were just having so much fun, like – besides the win – I think that’s the most fun we’ve ever had as a team, so that just makes me really proud.”

Coming off their Thursday-win high, the Pioneers powered into their Saturday game to take another win at home for Senior Day against St. Mary’s. Freshman forward Ma’K’La Woods led the team with a standout performance, scoring 22 points and rebounding nine. The final score for the game was 66-55, adding on to the Pioneers’ winning streak.

The girls will be traveling for their next game Thursday at Texas A&M-Kingsville at 5:30 p.m.