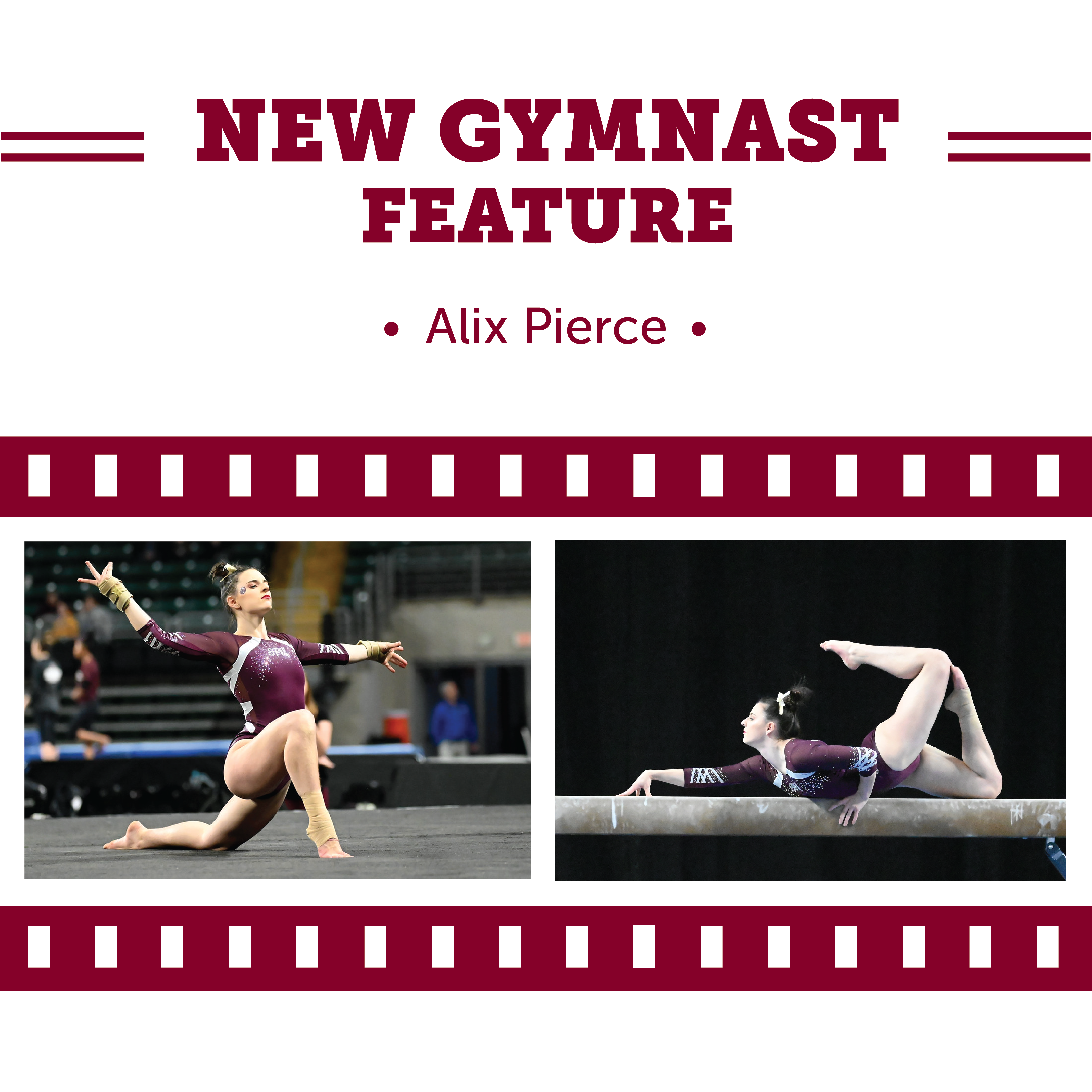 Before coming to Texas Woman’s, Pierce was a student-athlete at Seattle Pacific University.  But after 47 years, The Seattle Pacific athletics department made the decision to discontinue its gymnastics program this past June. Though COVID-19 was not an immediate factor of the program’s discontinuation the decision had begun prior to the pandemic. Ultimately, the program’s discontinuation came down to the state’s review of the sport from the NCAA Division II based on funding.

The sport, which has gradually downsized at the NCAA Division II level, has only five schools in the U.S. that sponsor woman’s gymnastics. These schools are now the University of Bridgeport, Lindenwood University, Southern Connecticut State, West Chester University of Pennsylvania, and Texas Woman’s University.

Due to the pandemic, Pierce is currently residing in her hometown Saskatoon, Saskatchewan and is taking classes remotely. Pierce said she was devastated when she heard the program was ending.

“It’s a pretty funny story,” Pierce said. “I had just gotten home from school, and I had gotten an email for a Zoom meeting that day. My team and I didn’t know what to expect. We were told that the program was ending effective immediately”.

“When we found out it was ending mid-June,” Pierce said. “A lot of us were there at Seattle Pacific for gymnastics. So a lot of us had to make the decision to continue either as an athlete or as a regular student”.

With the gymnastics program ending, Pierce was left to decide what her next move was. Either continue gymnastics or retire.

For Pierce, her decision to continue gymnastics was simple.

“I loved the first year of collegiate gymnastics that I did at Seattle Pacific, and I felt like I had unfinished business with gymnastics,” said Pierce. “I hadn’t gone as far as I wanted yet and I wasn’t ready to be done with it. Gymnastics has always been a big part of my life and I wanted to be able to continue with it”.

The coaches at Seattle Pacific were colleagues of TWU’s gymnastics coach, Lisa Bowerman. “I reached out to multiple schools,” Pierce said. “Lisa Bowerman had gotten back to me pretty quickly and I really appreciated her generosity and how welcoming she was”.

After conducting multiple interviews, Bowerman said it ultimately came down to Pierce who showed promise. She was impressed by Pierce’s overall personality, eventually offering Pierce the position.

“A few of her [Sarah Jean] student-athletes were reaching out to me about the possibility of transferring to TWU,” Bowerman said. “Alix really stood out to us. She just has a great character and a great personality and so we invited her to be part of the team”.

Bowerman, who says because Pierce is still in Canada, has not been able to fully adjust to the team. Nonetheless, Bowerman says Pierce is continuing her training at her home gym and is thrilled to have her join the team.

Though she has yet to meet her teammates in person, she anticipates the day she will. “I’m not necessarily sure when I will be back on campus,” said Pierce. “It’s been a waiting game and we’re trying to decide when the safest time is for me to come”.

“We’re very excited for Alix to join our team and she brings a lot to our team,” said Bowerman. “She has a great worldly view. We look forward to helping her reach her athletic and academic goals here in Texas”.

Sabrina Gomez can be reached at sgomez9@twu.edu

Published in Athletics and Features