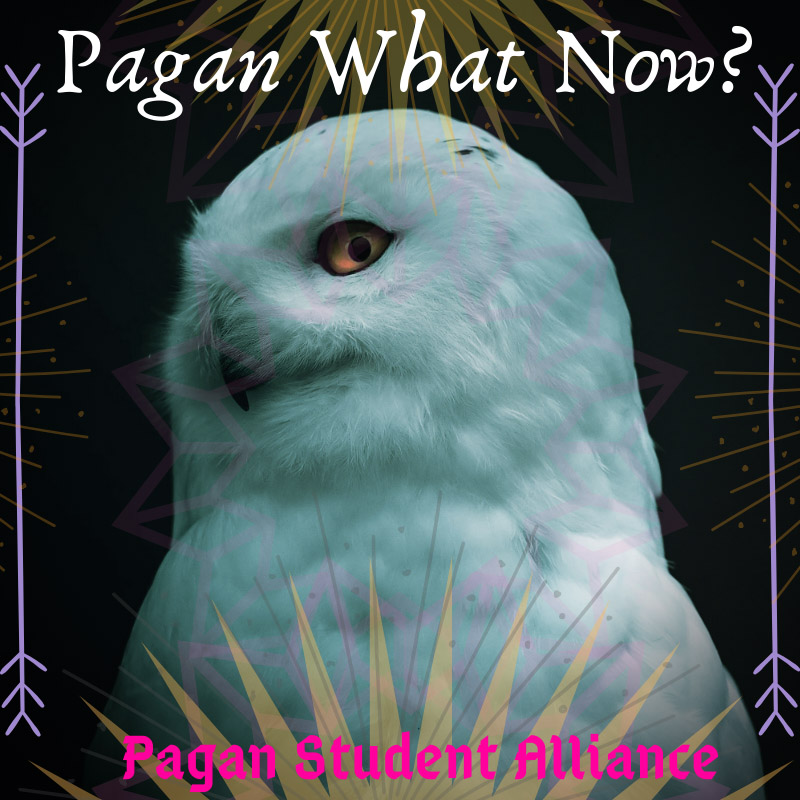 In the United States, Pagans make up a small but visible religious minority. One number, taken from the 2014 Pew Institute’s Religious Landscape Study, puts the percentage of Americans that identify as Pagan or Wiccan at .3 percent. This number is comparable to the numbers seen by smaller Christian denominations, such as Quakers.

Texas Woman’s University’s own Pagan Student Alliance debuted earlier this semester. Thus far, the alliance has had two meetings, with plans to hold more starting next semester. The alliance is intended to be a safe place for students who practice paganism in any form to meet and talk to others who practice similarly.

“Pagans are just as diverse as any other religious grouping of people. Some are very religious and some, like me, are more spiritual,” Elizabeth Headrick, rhetoric graduate student, said. “There is room for everyone in our alliance.

Neopaganism, a modern religious movement sometimes involving the revival of practices from pre-Christian religions, takes many forms – not all pagans worship the same things in the same ways.  Neopaganism may refer to Wicca, Greek or Roman polytheism, Celtic druidism or other beliefs.

“There are all sorts of invented paths at this point,” Dundee Lackey, associate professor of English and advisor for the alliance, said. “We’re trying to draw what we can from history, but a lot of it is what resonates for the individual practitioner. Sometimes it feels like one label doesn’t capture all of it.”

“Nature, our community, our love of others and thirst for knowledge help to form our own separate paths as pagans,” Kathleen Irwin, doctoral rhetoric student, said. “There are different routes each pagan can take, and [they] can even combine their paths. Paganism is about inclusiveness, independence, and forming a safe community for everyone.”

Lackey said in addition to fellowship, visibility is another goal of the alliance.

“I think it’s very important that we are visible,” Lackey said. “There are many misconceptions about paganism, and I think if folks actually realized that they already know pagans and witches and Wiccans and whatever labels folks have chosen for themselves, they would be less apprehensive about it.”

Lackey also rejected the conflation some have of paganism with Satanism.

“Most of us don’t even believe in Satan,” Lackey said. “Most of our religions are founded around something very similar to the golden rule – harm none, do what you will – and the Threefold Law, which is the belief that whatever you put out in the world comes back on you three times, so there’s a concentrated effort to send good out into the world. I think if more people were aware of those types of things, they wouldn’t see us as much different than any other mainstream religion.”

As of right now, the alliance doesn’t have a set regular meeting time. Though the main purpose of the alliance is simply to serve as a place for campus pagans to simply meet and talk to others, there has been talk of branching out.

“There’s also been some interest in doing philanthropic work,” Lackey said. “They want to be visible on campus, they want to be part of the organizational fair so that folks know that we’re here, and we can increase our numbers, and therefore increase our outreach and our impact.”

Currently, the next meeting is not scheduled as the alliance works on determining a meeting time that will work best for all of its members. Previous meetings have been held on Fridays from one to three in the afternoon in the digital composition lab located in the Classroom and Faculty Office Building. The next meeting should take place some time in January and will be posted on TWU’s Event Calendar once a more specific date and time are chosen.

For more information on the alliance, meeting times and how to join, students can email Dr. Dundee Lackey at dlackey@twu.edu or Dr. Jessica Guillion at guillion@twu.edu.