There is no room at TWU for hate rhetoric 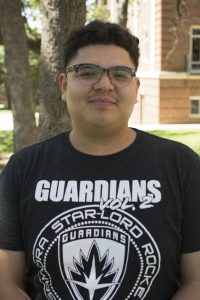 of the main reasons everybody loves the TWU campus is the sense of family and openness that encompasses every inch of our beautiful campus.

From the first time any prospective student comes on campus they feel nothing but the overflowing welcome from Orientation Leaders, to the professors that work tirelessly to make sure all students excel. TWU is truly a place for everybody – a place where hate has no home.

However, the more time passes it is becoming increasingly difficult to say the same about this country, at least not under the current administration. This is not to say that we, as a country, have ever been perfect; however, there has definitely been better times, or at least a more believable illusion of them.

This is not a shot at republicans, conservatives, or supporters of President Donald Trump. This is statement that is a result of being aware and observing the responses, or lack thereof, of the Trump administration in the face of racism, violence, and inequality. President Trump might not support violence, even though some might say otherwise, but he does certainly fail to denounce the use of violence by certain groups. Groups, which can be conveniently found in his supporting demographic. At some point our president has to realize that preserving our country is more important than poll numbers.

Most recently, President Trump announced his intention to rescind the Deferred Action for Childhood Arrivals, which will leave roughly 800,000 individuals open to the threat of deportation. Individuals, which are affluent, contributing, tax-paying members of society will be forced to go back to hiding in the shadows.

The main problem with the residency of DACA are the claims that were cited by Attorney General Jeff Sessions when calling for DACA to be placed on the chopping block. However, the truth is simple; although 800,000 adults are enrolled in the program, most of them were under 7 years old when they arrived in the United States.

Sessions also attributed a surge of illegal aliens entering the country to DACA, however, a 2015 study by The Government Accountability Office showed that these surges of illegal immigration were independent of the DACA legislation and were caused by social and political violence in Guatemala, Honduras and El Salvador. Lastly, like President Trump, Sessions implied a direct correlation between criminals and individuals enrolled in DACA. However, this is the most misleading claim, seeing as no criminals are allowed to enroll in DACA.

However, it seems that many students in the TWU campus share similar thoughts when it comes to the Trump administration and DACA. TWU student Jennifer Pham is bothered by that it seems that president Trump “would rather deport 800,000 law abiding tax paying individuals, rather than helping hurricane victims.”  TWU student Jakob Haneger also agrees with Pham, in the sense that Trump seems to be worrying about issues that are not really issues; “he’s ruining the lives of legal tax paying individuals who haven’t done anything wrong and don’t know anything but being American. It wasn’t the kids choice to be brought over; they’re paying for what their mothers and fathers did,” exclaims Haneger.