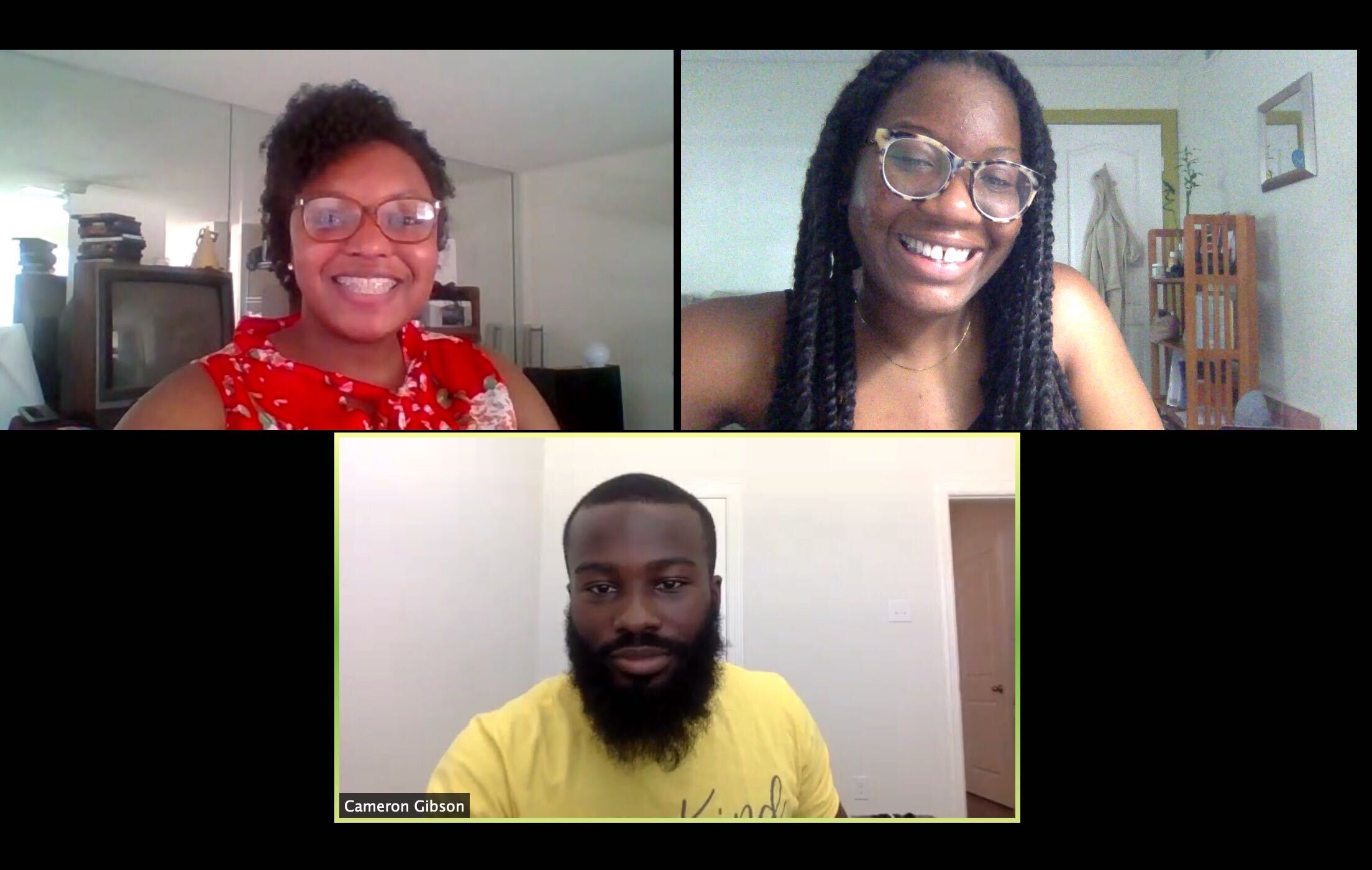 With today’s social climate, having the space to unpack day-to-day emotions can be a burden. A group of graduate students created TRIBE, a new organization aimed at holding space for Black students to be in community with one another.

“I wasn’t really aware of what my own blackness looked like for me – I struggled to try to find where I fit in,” counseling development graduate student Cindy Okemwenhase said. “Creating TRIBE was really an extension of that.”

For Okemwenkhase, TRIBE came as a means to fulfill that void for Black students.

TRIBE, a new student/peer led support group at TWU, was established as a space for Black students to discuss racial injustice, inequality, self-identity, and among other issues that directly impact the Black community. Though not to be confused with counseling, the intention of the group is for Black students to have the ability to process issues that are oftentimes unaddressed.

Tamara Starling, who is a third-year graduate student in the school of psychology, works in the Health and Wellbeing Initiative with Okemwenkhase, where they are both graduate assistants. Together Okemwenkhase represents the “mind-well” and Starling represents the “build-well.”

“We both had a similar vision,” Okemwenkhase said. “When George Floyd was killed, it obviously sparked outrage across the world. During that time, we were getting looked at on what health and wellbeing were going to do to show support for our students.

“We never thought we would be prepared to do this kind of work right now, but it worked,” Okemwenkhase said.

Okemwenkhase felt starting the organization was a personal extension of herself.

“Growing up I was friends with people with different backgrounds,” Okemwenkhase said. “During that time, I was still trying to figure out my own racial identity. I come from a background of parents who are Nigerian.

Starling remembers contemplating the idea of a support group.

“I remember standing in my kitchen and I remember thinking to myself that students need something or some way to express themselves,” Starling said. “Students who could relate to one another on their experiences and validate each other without pity or telling them how they should feel.”

Though for Starling, she said that with more experience, the idea of starting a support group would be something she could do in the future. Coincidently, Starling was interrupted when she got a call from Okemwenkhase.

“Immediately as I’m having that thought, I get a call from Cindy Okemwenkhase who says ‘Hey, I think we should start a support group,’” Starling said. “I’m here thinking about doing it years from now, but Cindy says, ‘No let’s do it now.’”

Along with Okemwenkhase and Starling, Cameron Gibson and Jasmine Hammer have also been involved in creating the group. The name for the organization, TRIBE, arose from the phrase “it takes a village.”

“It’s a phrase that is commonly used within the black community,” Okemwenkhase said.“We wanted TRIBE to have that family communal feeling that relates to how we are all in this together,”.

The two agreed to spend the summer creating TRIBE. Okemwenkhase reached out to her fellow peer Cameron Gibson, a second-year graduate student who is majoring in clinical mental health.

Similarly, Gibson felt drawn to establishing a space for Black students who could come together in community.

“For my practicum, we needed to get a certain amount of group hours,” Gibson said. “I teamed up with Cindy, and we came to the conclusion of doing something that would not only benefit ourselves but for others as well.”

As the three grouped together to help bring the organization to life, so began the planning for the foundation for TRIBE.

“Our first meeting consisted of us trying to figure out what we wanted TRIBE to be and how we wanted it to be presented to the students,” Starling said.

Amidst the planning process, it occur red to Starling that there was nothing currently at TWU like what they were planning to do.

Gibson said she experienced doubt the month leading up to their first session.

“Should we actually be doing this?” Gibson said. “Are we the only ones who need this?”

Though difficult at first, as time went on more and more students began showing up.

The founders say the hope for TRIBE is that Black students don’t have to feel alone and can have a space where they can feel validated for not only their experiences, but their identity.

“It is a space where Black students can be unfiltered and unapologetic with themselves and others,” Okemwenkhase said. “The biggest goal we have is to keep it going—in order to keep it long-lasting. I can’t say much because we’re figuring it out as we go.”

Overall, the main goal of the organization is to continue to build a sense of community.

“What we hope is for it to continue even after we graduate,” Starling said. “And to find others who will carry on the organization and so students can feel supported so we can expand our tribe.”

Those who are interested in participating or learning more about TRIBE can visit the Health and Well-being initiative on Pioneer Engage or their Instagram @wellbeingtwu. TRIBE will have sessions beginning in October. For more information contact twutribe@gmail.com.