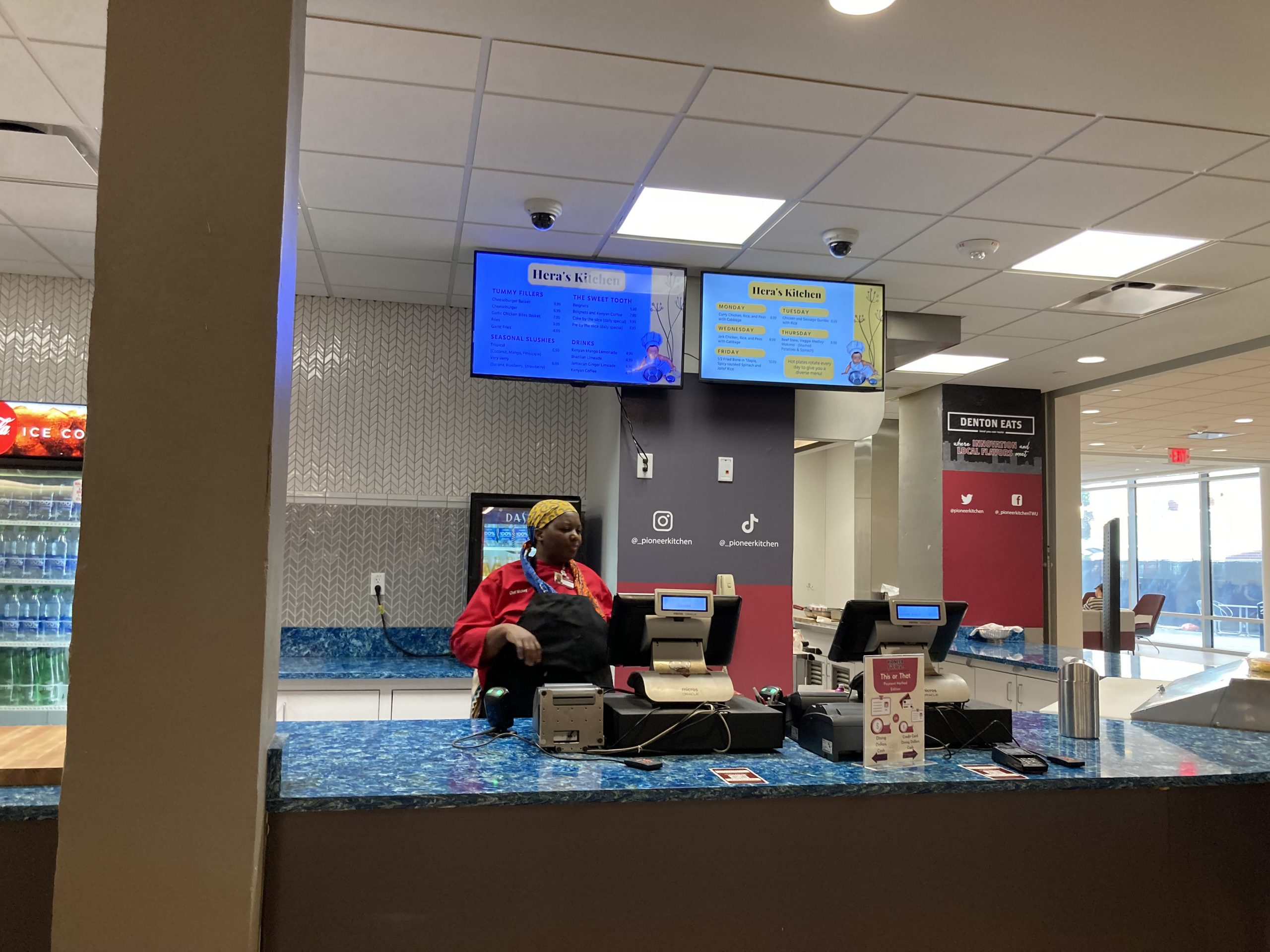 Hera’s Kitchen opened at the Texas Woman’s University Student Union on Oct. 31. In the new restaurant, husband and wife chefs Mikela Lawrence and Kenton McGrue offer different hot meals everyday in order to give their customers an assortment of foods.

“Hera in my native country [of Kenya]means love,” Lawrence said. “I love love, love goes into everything that involves Hera. So, we have Hera’s Kitchen, Hera’s Smashbox and Hera’s red trailer.”

In Hera’s kitchen, both Lawrence and McGrue serve a variety of dishes that stem from American, Caribbean and African roots.

“There’s [a variety of foods] that we cook,” McGrue said. “We’re basically chefs, not just cooks or anything like that. It’s just whatever’s inspiring for everybody, because we’re here for everybody at TWU.”

Since Hera’s Kitchen opened up, a lot of people have been requesting the different types of foods on their menu. This ranges from cheeseburgers, chicken and beignets.

“Everybody loves the garlic fries,” Lawrence said. “It has a special African seasoning from Kenya that goes into it [and] the extra love that’s for sure. But yes, the garlic fries have been [highly requested].”

The origins of Hera’s Kitchen coming to TWU started when both Lawrence and McGrue’s eldest daughter catered for an employee that worked at TWU, prior to them opening up Hera’s Kitchen at the Student Union.

“When they tasted [the food], they were like, ‘hey, we need you out over here,’” McGrue said. “And that’s how that carried on.”

Lawrence’s favorite part about working at Hera’s Kitchen is the quality that she and McGrue put into the food that they make.

“Our concept is mostly local,” Lawrence said. “Most of our produce we try to connect with local vendors like our chicken. We try to find local vendors for our eggs, our vegetables [from] Johnson’s backyard in Austin for vegetables. That’s what makes us different, and we put a lot of love and time in, and we believe in the seasoning and the spices to heal your body.”