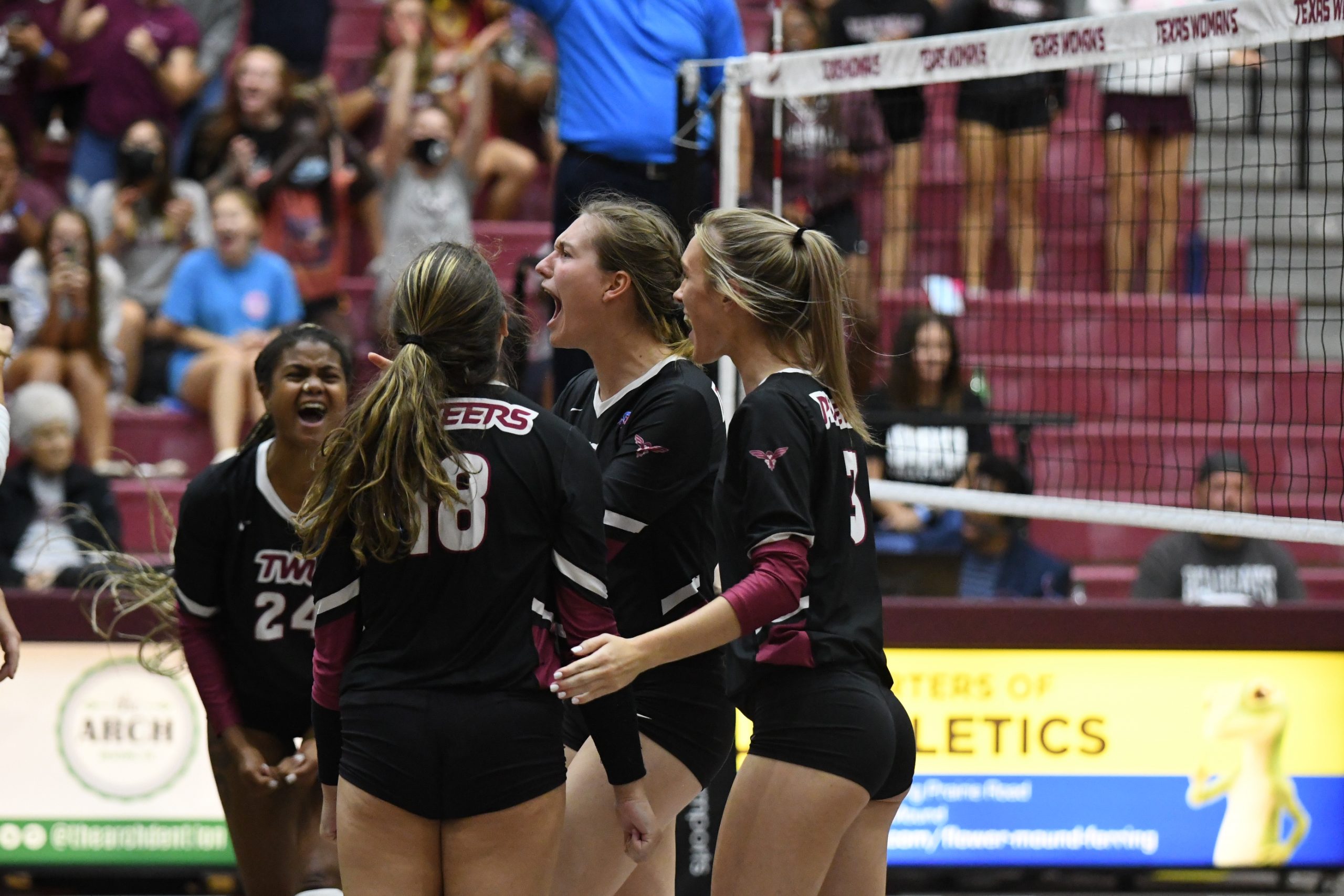 Commits from across the United States have decided to go to Texas Woman’s University as a part of its athletics program for the 2022-2023 school year.

Wrestling has drawn the attention of many students from all walks of life, and the students are excited to compete in the inaugural season this upcoming school year. The team welcomes the extensive qualifications the commits bring, including district, regional, state and all-American titles. The commits for this class are Zanya Walker, Alyssa Ayala, Kailah Key, China Saturley, Samantha Simonette, Kylee Spearman, Hannah Vos, Kira Phillips, Jaycee Porter and Mariah Ramirez.

Simonette, originally from Atlanta, Georgia, wrestled at Decatur High School before transferring to Wyoming Seminary in Pennsylvania. In 2021, Simonette won the USA Georgia State Championships in the 180 pounds division and is also a three-time All-American. Simonette is planning on majoring in biology and is excited about making new friends and bettering her skills in wrestling, she said.

“I am super excited about finding a school that has both wrestling and the major I want,” Simonette said. “While many schools have biology as a major, not many have a women’s wrestling program.”

The wrestling program is set to compete in the fall of 2022.

Limoges, from St. Charles, Missouri brings 13 years of cheerleading experience from her time competing with the all-star team Cheer St. Louis, while also cheering for Francis Howell High School for three years. She led her team to placing fifth in 2018 and fourth in 2019 at the Cheerleading Worlds.

“I have been a competitive cheerleader for the past 13 years, so STUNT is something new for me that I am looking forward to,” Limoges said. “Cheer and STUNT have the same components, but are still very different, so I am so excited to try something new.”

The STUNT team will start the second year of the program in the spring semester of 2023.

The gymnastics team will want to continue their historic success in the next season with new commits Brooke Ferrari, Rubylyn Goad, Allison Landry and Kamille Zarlengo.

Landry competed for Pearland Elite and attended Pearland High School in Pearland, Texas. The gymnastics coach Lisa Bowerman has no doubt she will be a fan favorite in Kitty Magee Arena and in every arena they compete in, according to a press release.

Zarlengo attended Chatfield Senior High School in Littleton, Colorado. She trained at Incline Gymnastics Training Center, where she gained 15 years of experience as a gymnast. She was a two-time western qualifier and a national qualifier in the spring of 2021.

The volleyball team will welcome athletes Sarah Lindley and Myracle Stockman in joining the Pioneers in the fall of 2022.

Lindley is a 6-foot 2-inch right side from Norman, Oklahoma. In her time playing varsity volleyball at Norman North High School, she was named Oklahoma High School All-Conference and All-State Second Team. She led the Timberwolves to a conference championship and State Runner-Up finish.

Stockman, a 5-foot 11-inch outside hitter brings experience as a multi-sport athlete. She played varsity volleyball at Everman High School in Everman, Texas, where she was first team all-district.

The softball team will welcome Jordan Forns and Ciana Rodriguez to the 2022-2023 roster.

Forns, an infielder from Hillsboro, Texas, played softball at Hillsboro High School and for the Black Widows Gold travel team. Forns was named First Team All-District Infielder and the Offensive Player of the Year, while also earning Academic All-District honors in 2021.

“I know that TWU is a great fit, because they have all the qualities I want in a program,” Forns said in a press release. “They have great team chemistry, the coaches are amazing, and TWU has a championship culture – it’s exactly what I want to be a part of and contribute to.”

Rodriguez, a native of San Antonio, Texas, played softball at Incarnate Word High School. Rodriguez was named 2019 Newcomer of the Year and 2019 Second Team All-District. In 2021, she earned the honors of First Team All-District, Second Team All-State and Season MVP. She has also earned accolades in academics such as NCFA All-American Scholar Athlete in 2019 and 2021 and Academic All-State in 2021.

The Pioneer basketball team will welcome multiple position player Jordan Jackson in the fall of 2022.

Jackson brings 13 years of experience and played high school basketball for Dallas Thunder Homeschool in Sachse, Texas. During her time with this team, she led her team to a district championship and earned several individual accolades such as All-Tournament, Most Valuable Player and Player of the Year.