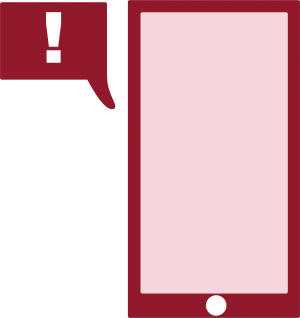 “In 2018, there were 82 school shooting incidents in the United States, the highest there have ever been since 1970,” Campus Safety Magazine said (recorded in Oct. of 2018). These statistics are a combination of firearm incidents that have occurred either on or around campus where a bullet has hit school property, regardless of time or victims.

Krum ISD has incorporated two new phone apps, Smart Button and Anonymous Alerts, for parents, students, faculty and emergency officials to be alerted when there is a potential threat on campus.

The Panic Button, or Smart Button app, “connects schools, triage team(s) and law enforcement in real-time during a crisis situations” according to the app’s website.  Not only can emergency officials be alerted of a threat, but faculty and staff can receive push notifications when a threat is imminent on campus.

“Since its implementation, the district has received 64 alerts through the app, with problems including suicidal threat, assault, depression, dating violence, vaping, off-campus sexual assault and more” according to a Denton Record-Chronicle report. District spokeswoman Taylor Poston said, “Smart Button does not mean they need to be on their phone; it sends a push notification to their screen with sound to alert staff.”

In October., the app helped notify the school about a potential threat involving firearms on Estrella Foothills High School in Goodyear, Ariz.. The app directed officials to the student who was in possession of a loaded handgun and three knives, who was later arrested. On the other hand, the app does have the potential risk for rumors to spread rapidly, “as was the case with a Magnolia teenager arrested in September after allegedly making a threat when he was suspended for a dress-code violation,” according to DRC.

With school shootings becoming more of a problem, having an app that can alert officials could help reduce that number. Campuses across the world should invest in these apps to help better protect the students. Having an app where anonymous reports can be made could help give a student the confidence to speak out about an incident happening on campus. College campuses could greatly benefit from the apps because of how large certain campuses are. Although there may be chances of false reports, it is always better to be safe than sorry.