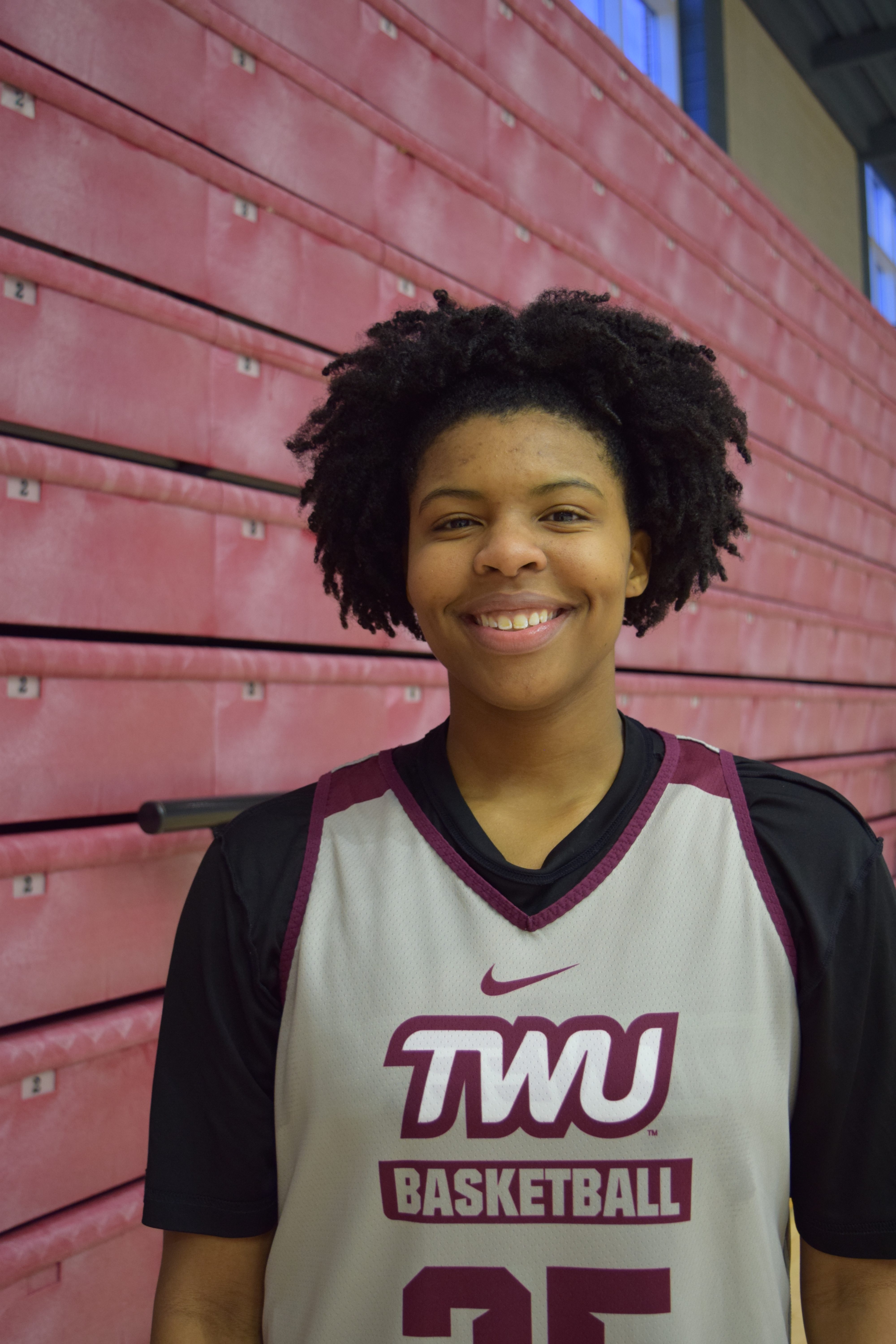 Moody recognized as student-athlete of the month

Moody is a 5’ 10” junior, but first-year Pioneer, playing for the basketball team as a guard. She is a nutrition major here at TWU, and hopes to one day become a dietician. She started playing basketball at the age of six and has been playing ever since. As a kid from an athletic family, Moody was surrounded by those who played basketball, like her brother and her mom, which likely contributed to her love and passion for the sport. Moody comes from Plano, Texas, where she played high school basketball at both Plano High School and Carrollton Creekview High School. She has an long line of accomplishments in her high school career and a growing list at the college level.

Starting off the 2018-2019 season strong, it did not take long for Moody to get noticed. She consistently put points on the board with a strong average of 18 points per game, and has helped lead the team to several wins. Moody says that this particular season “hasn’t been going as we wanted it to, but I feel like we’ve been getting better every game.”

With this note of confidence, Pioneer fans can expect to see the team take their recent losses and use them as motivation to work harder. Moody wants the team’s fans to know that despite recent injuries and changes, they have “adapted well” and are willing to keep fighting.

Moody’s favorite memory from the season so far is her first home game to win as a Pioneer. With a light in her eyes, Moody explains how “exciting it is to win on our home court.” From her body language and automatic smile, it is obvious to see the love and reverence Moody has for the sport and the people she gets to share it with.

Although it can be difficult to juggle life as a Student-Athlete, Moody has other hobbies as well. Outside of being a talented athlete and diligent student, Moody also enjoys puzzles.

When asked how she manages the hectic life of playing basketball in college, Moody immediately pointed out the importance of prioritizing and keeping an organized planner. Her one piece of advice to other Student-Athletes would be “when you get an assignment, start on it.”