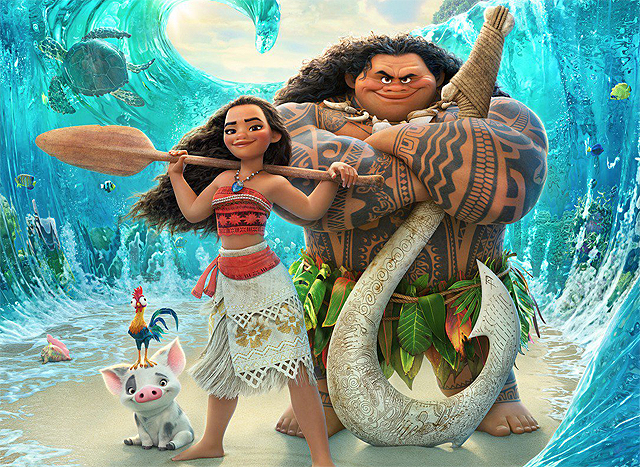 Disney’s latest animated movie “Moana” raised the bar for all of Disney’s future entertainment pieces. The movie centers on a young Polynesian girl who leaves her beautiful, but now endangered, island home to find the demigod Maui. With his help, Moana hopes to save her community.

In the past, most Disney movies with a female protagonist have been princesses (whether they are born that way or marry into royalty) who overcome many obstacles and find love along the way. And even though Moana’s father is the chief, a title she will inherit, she does not act like a princess. Moana grew up knowing she would take her father’s place leading her people. Because of this, she learned to be independent, resourceful, brave and a confident leader — traits that help her along her journey.

Moana also doesn’t find the man of her dreams on her journey to save her island. Disney uses that screen time to highlight the loving relationship Moana has with her grandmother and parents, something I very much enjoyed.

Disney makes family friendly movies, but the intended audience for this film was definitely children. By not having a storyline involved with romance, the creators of “Moana” were able to show the development of Moana and Maui’s strange friendship and how important Moana’s family was to her. They got to focus on relaying the importance of these two things — friendship and family — instead of sending the message that a romantic partner is what is most important to children.

Disney portrayed Polynesian culture in a respectful manner and even cast native Hawaiian Auli’i Cravalho to voice Moana. The movie begins with a treasured Polynesian tradition of storytelling and continues throughout the movie to show the Polynesian culture’s respect for and bond with the sea and land.

However, many people criticized “Moana” before it was released because of a Halloween costume of Maui that allowed children to wear a body suit the color of Maui’s skin with his Polynesian style tattoos. Critics also claimed Maui’s looks in particular had been portrayed in a rude manner not representative of Polynesian people. But Disney fans can be excited about Moana’s more realistic body figure. While Moana is still trim with gorgeous hair, Disney has listened to fan’s complaints about unrealistically thin female characters and portrayed Moana as a character with a physique representative of a real human’s body.

“Moana” was an amazing movie with stunning visuals and music by Lin Manuel Miranda that brought Polynesian culture to life. While nothing can be perfect, I think Disney did a pretty good job creating a lovable story fraught with suspenseful twists and turns and relatable characters. This Disney movie has the ability to connect with all ages and provides children with, what I believe is, one of the most excellent female role models Disney has ever created.