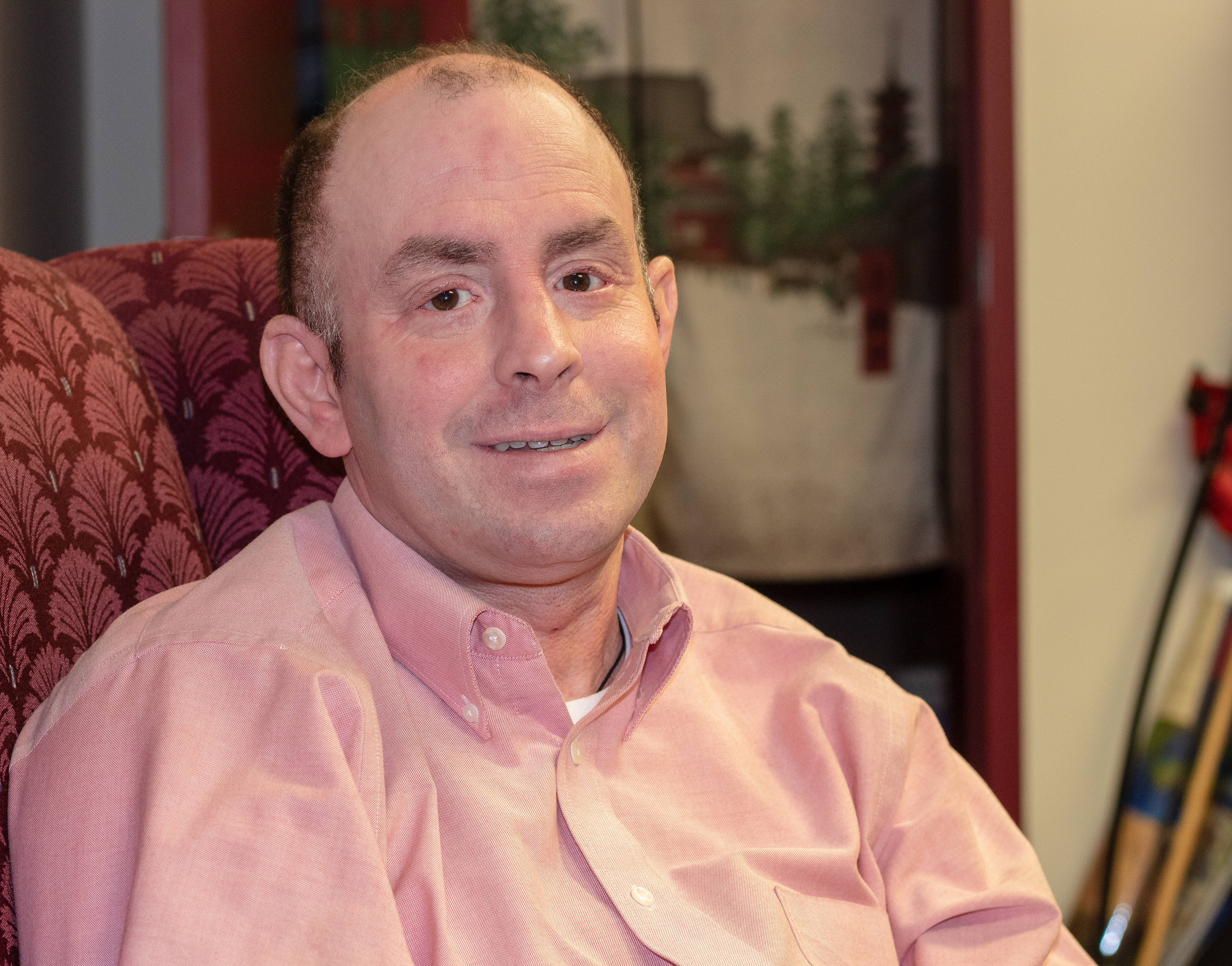 The black paper crane is plucked from its place on the smooth tabletop and appears to take flight suddenly, landing in the pale, outstretched hand of its creator, Reverend Craig Hunter.

Hunter smooths down a tuft of brown hair and smiles fondly at the model, describing how he began creating origami more than a decade ago as a Japan-based Presbyterian pastor.

“I’ll fold one up and stick it in a thank-you card or – yesterday I visited some people in the hospital, so I’ll leave one of these behind as a calling card,” Hunter said. “I’ve done many thousands over the years.”

Like the cranes that pepper his office and the international relics that line his walls, Hunter is a transplant himself. When he moved here 12 years ago to become pastor of Trinity Presbyterian Church, the reverend had already lived in and visited not only Japan but China, Germany, Southeast Asia and the Middle East, the treasures he brought back a testament to his love of tourism.

Though he travels less now as the father of a 4-year-old, those diverse experiences stuck with the reverend, fanning the flames of a fire lit by his time abroad.

“I saw stuff that I hadn’t known that kind of rocked me on my heels,” Hunter said. “I’ve been responding to that ever since.”

As pastor of Trinity, Hunter has made righteousness and equity cornerstones of his theology. Trinity’s website lists social justice as a defining purpose for the church.

In fulfilling this mission, Hunter co-leads a racial dialogue group with St. James AME Church. Hunter and St. James pastor Reverend Mason Rice Jr. began the partnership in 2014 with a joint worship service, and the churches have maintained a relationship since with members of the dialogue group meeting monthly.

But that’s just one of the ways Hunter has worked to fulfill a lifelong desire to knock down barriers.

Hunter also founded a Christian-Muslim dialogue group more than 10 years ago that continues today as a joint effort between the Presbyterian church and the Islamic Society of Denton. The group is co-led by Hunter and Imam Mohamed Fouad and meets monthly to discuss faith and tolerance.

Hunter has written letters to the Denton Record-Chronicle in support of LGBT rights, harbored a longtime interest in the Israel-Palestine conflict, and helped found Denton’s Interfaith Day of Prayer.

Contrary to a culturally dominant notion that American Christianity aligns itself with conservatism, Hunter said he feels promoting tolerance and equity go hand in hand with his beliefs.

“I think it’s what we’re called to in terms of being followers of Christ – breaking down these invisible walls that divide us,” Hunter said. “Christianity is about more than social justice, but if it’s not about social justice at all, I don’t think it’s really Christianity.”

Looking ahead, Hunter is pursuing a Doctor of Ministry and studying contemplative spirituality. He recently began a racism reading group at St. James and is planning Trinity’s annual Israel-Palestine film festival.

Like the cranes Hunter transformed from sheets of paper to works of art, he said he plans to continue encouraging his congregation to turn everyday encounters into that which is meaningful and lasting, making their communities a more beautiful place.

“As long as a group’s kind of undefined and abstract, one’s more susceptible to believing what somebody else tells you about them,” Hunter said. “If you have a face of someone you know, that changes everything I think, in subtle but real ways. If that were to multiply all over, that would have a transformative impact on the country as a whole.”