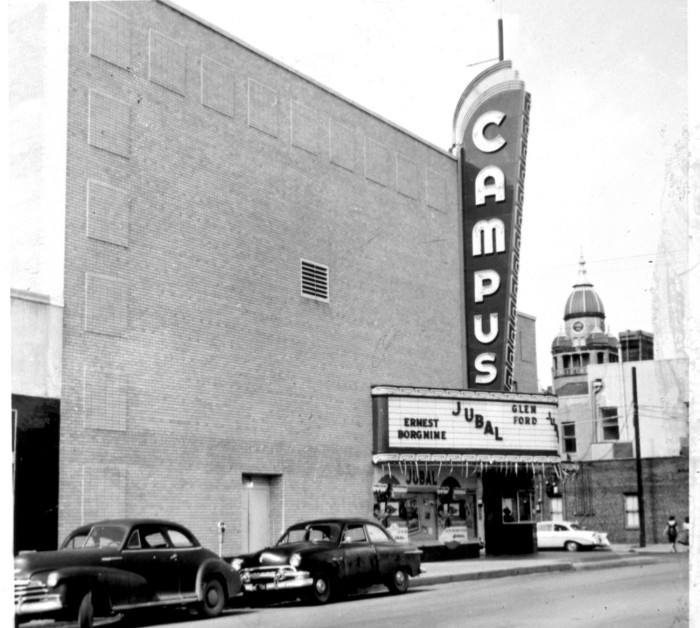 Local mysteries to explore if you dare

Every town has stories originating from years ago that have changed over time, morphing into unsettling legends that haunt locals  — and Denton is no exception.

There are some stories that every Dentonite has explored or at least heard of, like the Old Goatman’s bridge or the purple door on the square. But there are still some spooky stories that are hiding in the history of the town. It looks as though flat-earthers aren’t the only ones taking up residence here, but ghosts and spooky creatures walk the streets of Denton as well.

Let’s take a journey back to the 1800s, where our first phantom originates.

The Bayless-Selby house that rests on Mulberry St. is now a museum, but years ago a murder occured there. Sam A. Bayless, the original owner of the home, was stabbed to death after an argument with one of his workers. The worker was charged with murder, but eventually was found not guilty.

There have been rumors of footsteps and moans being heard from the upstairs bedroom, a face that appears in the attic window and a photograph with eyes that follow you everywhere you walk. The police have even been called after employees were spooked by sounds in the house. Many people believe that it is the ghost of Bayless who is here with unfinished business: to avenge his death.

The Pig-Man of Bonnie Brae

The goat man is old news, but the pig-man is where things get creepy.

It seems like paranormal beings love bridges, because the pig-man hangs out beneath Bonnie Brae bridge. This story originates in the ‘50s, when the area was marked unsafe by police due to ongoing vandalism — but many locals didn’t believe that was the truth.

Legend has it that there were no vandals, but a sinister looking half-pig, half-man who tormented high schoolers that came to the area to hang out. Frightened witnesses say that the pig-man runs around with a pack of wild hogs and throws rocks at cars in an attempt to scare them away.

Forget the Phantom of the Opera, we have the Ghost of the Campus Theatre.

The Campus Theatre was built in 1949. It’s rumored that the ghost of Mr. Harrison, who was the general manager back when the building was a movie theater, still resides there. He’s been known to mess with lights and play pranks on actors that are roaming the theater alone.

However, it turns out that not all ghosts come with ill-wishes. According to Denton Haunts and Ghost Stories, actors actually believe that the appearance of Mr. Harrison before a show will cause the production to run smoothly.

It’s not exactly a haunting, but it’s worth mentioning that Denton has had its very own UFO sighting.

During 1897, there was a rise in UFO sightings across the state of Texas and many other western states. Many people referred to these events as the “invasion” of 1897. Denton’s story started with a man who was stargazing that noticed an odd, shiny object in the sky that was floating slowly before zooming off into the night.

The witness’ story was later confirmed by another woman who said she had seen the same object. The editor of the Dallas Morning News during that time knew both of the witnesses personally and believed that they were of good character. The story was eventually published beneath the headline, “Strange Object Seen: And There Shall Be Signs Seen in the Heavens.”

Whether you are faint of heart or a hardcore haunting fanatic, Denton has many supernatural stories to offer. Next time you’re at the Campus Theatre or the Bayless-Selby house, make sure you say hello to the ghosts that have stuck around. And most importantly — steer clear of bridges.

Alyssa Walker can be reached at awalker26@twu.edu