Intramurals: the not so serious sports

TWU intramurals are a great way for students to get involved in athletics without the stress of being the best. While intramural sports are the same sports that are played at the more competitive collegiate level, they are played at a much friendlier and laid-back style.

Some of the spring intramural sports have already started, but there are plenty more that students can still sign up for. According to the spring catalog, available in the Fit and Rec for students to pick up, there are several leagues that are open for students to join this month. Among these leagues are indoor soccer, sand volleyball and tennis. The deadlines to sign up for the leagues are at the end of March. There are also intramural basketball and dodgeball tournaments that will be taking place in April. The deadline to sign up for the tournaments is in April as well. Students can register in person at the front desk of the Fit and Rec, and a $10 fee is required to join a team or tournament.

If you are concerned about the time commitment that would come with joining an intramural team, have no fear. Assistant Director of the Fit and Rec Gabriel Cruz said that there are no required practice times if you join an intramural team. The Fit and Rec holds Open Rec every week, which is when a lot of teams will go practice. Open Rec is “organized pick- up games officiated by Fit and Rec staff,” according to Cruz. Again, these are not required practice times for intramural teams, so if you join a team and cannot make it to any organized practices, there will be no consequences.

Intramurals are not just a way to blow off some steam and energy- they are there to better students’ campus experience. Cruz said that he would recommend intramurals to students because “it ties you more to campus.” By playing on an intramural team or in an intramural tournament, students become more connected to the campus and are more involved with the people that make up TWU’s campus. Junior Veronica Thayer is a part of the intramural basketball team, and she gave a glowing review of her intramural experience. “It’s this perfect combination of competitiveness and just for fun,” said Thayer. She went on to say that “everyone out there is friends, and we’re just playing to have a good time.” Intramurals are a great way to make friends and make your college experience more than just grades and classrooms. 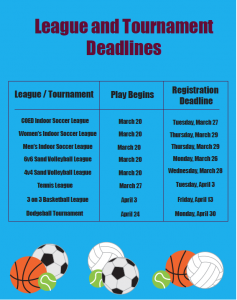