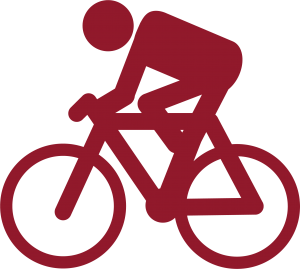 Consideration of extending a bike lane along West Hickory Street in Denton has quickly led to a heated debate that started at the end of January this year. After the city of Denton’s Mobility Committee met Tuesday, Jan. 29, their different options received contrasting reviews from business owners and cyclists.

Business owners in the area claim that the parking spaces lost to the extension of the bike lane would decrease traffic to the area and, in turn, hurt their business. On the other hand, cyclists and others in favor of the bike lane advocate for safer travel and reassure that businesses would receive more traffic from bikers.

According to the agenda of the Feb. 12 Mobility Committee Meeting, the extension of the bike lane came before the city council for approval June 20 of 2017 but was delayed per the requests of merchants on Fry and Hickory Street.

Of five total options, option two, reflective of the original bike lane preferences, would entail removing 24 on-street parking spaces with a $83,000 cost approximation. Option three, however, would entail keeping the on-street parking and paving the bike lane behind the curb, requiring approval from the University of North Texas with an approximate cost of $250,000.

After the presentation of the options at a meeting Feb. 4, the Traffic Safety Commission voted unanimously in favor of Option two but followed-up with UNT to discuss the possibility of widening or relocating the sidewalk area. UNT responded Feb. 6 that they were uninterested in giving up property to accommodate the Hickory St. bike lanes, according to the presentation at the Feb. 12 Mobility Committee Meeting, deeming Option three unfeasible.

An opinion by Suzi Rumohr of the Denton-Record Chronicle touches on recent data shared with the city’s Mobility Committee at the meeting Feb. 12 that showed multiple businesses who saw an increase in revenue in multiple cities where some parking was repurposed for a protected bike lane. The population density made the comparison to other cities reasonable.

“With more than 24,000 young residents within a 10-minute bike ride of West Hickory Street, it is the most dense area of Denton and most likely to benefit from this type of improvement,” according to Rumohr’s article that further asserts, “Let’s prioritize human safety and comfort, not car storage, when we choose a new design for West Hickory Street.”

Discussion at the Feb. 12 Mobility Committee Meeting showed a large amount of support for Option two but was combated by concerns that Option two endorsed the idea of an unprotected bike lane when installation of a bike lane without protection assumes the same, if not greater dangers.

At the conclusion of the discussion, it was decided to conduct further investigation into cooperating with UNT on Option three and relocating of parking to go forward with “minimal” striping for bike lanes on West Hickory St.  Emphasis was placed on the pedestrian protection and multi-modal aspects of the plan moving forward.