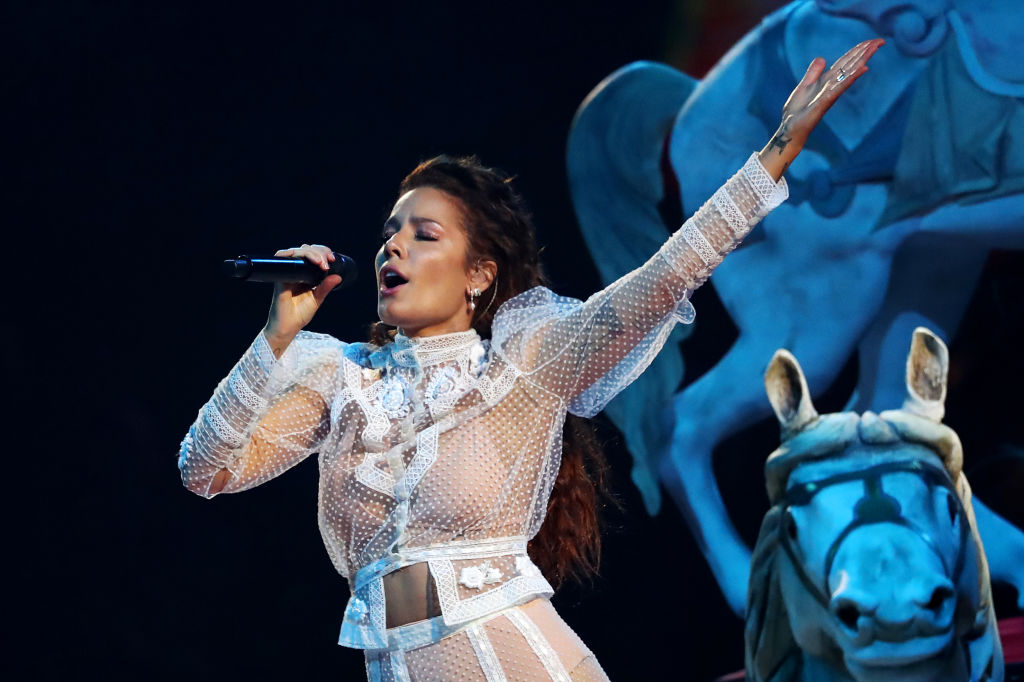 You could guess with near certainty that Halsey is an enneagram type four after listening to her newest album “Manic,” that was released Thursday night. The album is Halsey’s platform for an identity search with homages to some of the best break-up artists there have ever been. What Halsey calls “carnal” and “explicit” in “Halsey Presents Manic,” translates to vulnerable relatability and powerful honesty.

Presenting “Manic,” Halsey references three faces: the one you show the world, the one you show those closest to you and the third that you never show anyone. Halsey, an anagram of Ashley, is just one example of Halsey’s dedication to the concept. Each song gives a glimpse into that third face, reading like a universal diary entry that, if read by a stranger, is painfully nostalgic with different names but the same pangs.

“Ashley,” is the standout first page of the journal where Halsey introduces her personal life to the ambiguous reader. Pouring out the rawest form of her inner self, Halsey exposes her insecurities and the inner war we all experience to varying degrees.

“clementine,” “Forever…(is a long time),” “I HATE EVERYBODY,” “Still Learning” and “929” document the fantasies of her own world; the epitome of her expressive enneagram; and indirect references to a struggle with imposter syndrome.

An inner ache for Indie Pop makes an appearance in her poetic “clementine,” followed by her hopelessly heartbreaking “Forever…(is a long time).” “I HATE EVERYBODY” and “Still Learning” are diary entries made on really crappy days where you feel lost and alone, while “929” is the overt and obscene scrawling of thoughts without filter, born from a freestyle confessional of regret and self-doubt.

Tragedy and rage make a fabulous duet in “Graveyard,” “You should be sad” and “Without Me.” Halsey’s lyricism is consistent throughout the album with breathtaking lyrics like “It’s funny how all the warning signs feel like butterflies.” The peak of her fury hits in “killing boys” with her unapologetic and explicit message that boys are merely placeholders.

Like “You should be sad,” “Finally // beautiful stranger” has Taylor Swift vibes that make you wish you had “Manic” for those high school relationships you lost that you thought would be the end of the world. With the album’s interludes, “Manic” honors Alanis Morisette and K-pop stars BTS and SUGA, some of the best breakup-pop artists.

Though she does a great job of trying, Halsey cannot cover up the fact that “More”’s longing points to a deeper desire for a sense of self, rather than for the male figure she appears to have criminalized. The album-finishers “Still Learning” and “929” expose her most carnal wishes to know who she is and believe it for herself.

Halsey or Ashley – however, you know her – takes her time yearning for the self that only she knows. By the end of the LP, you may wonder how many genres it takes for her to find herself, but Halsey only promises a glimpse of the destination and offers us a seat for the ride.