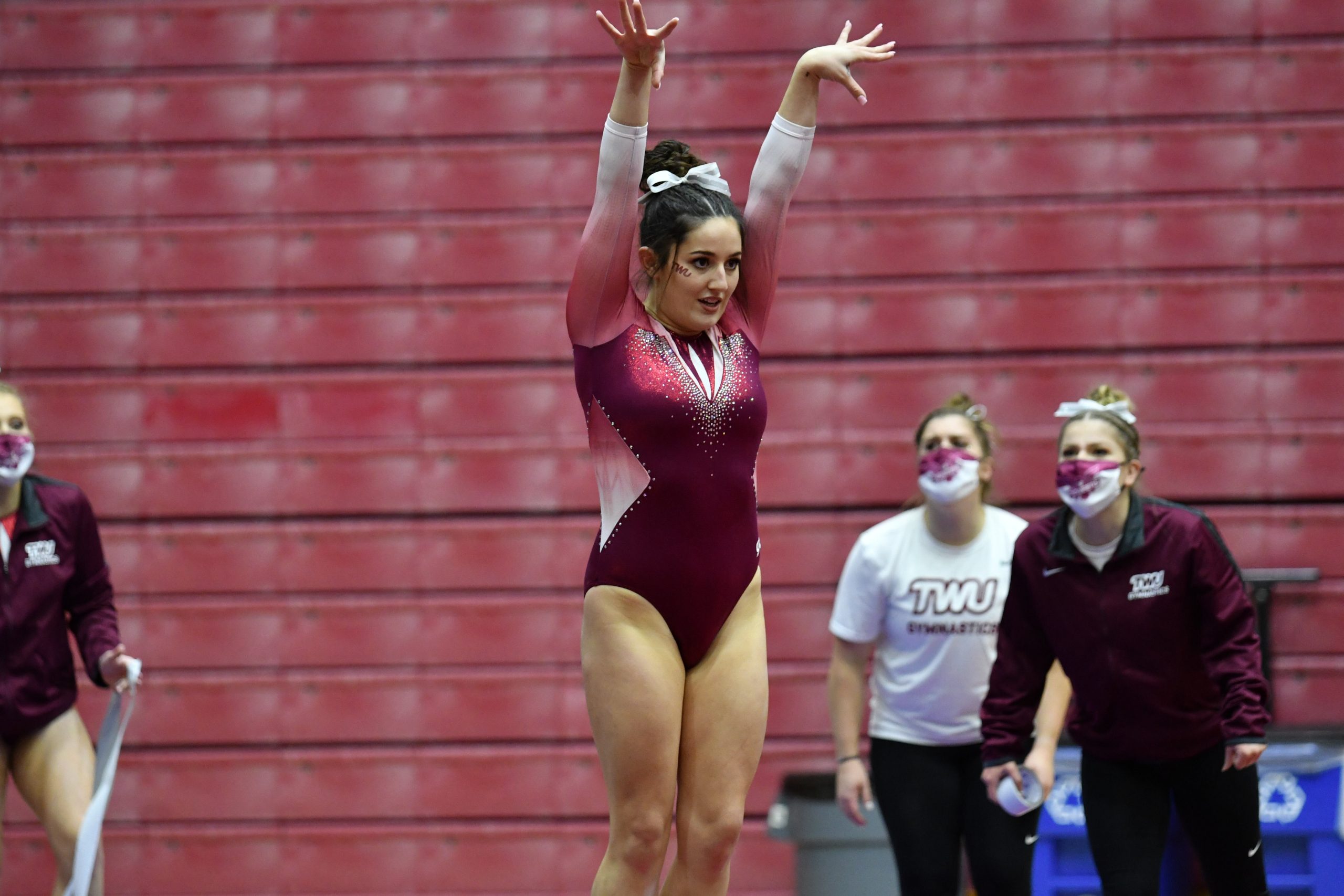 Saturday night, the Texas Woman’s University gymnastics team kicked off their competition season with an intrasquad, also known as a pre-meet, for the season at the Kitty Magee Arena. Due to COVID, no spectators were allowed, but they offered a free online livestream of the event.

The team started on vault with high energy and loud cheers for one another. Freshman Lexi Leake had an explosive full twisting Yurchenko with a small hop at the end, scoring  a 9.75. The team had a total score of 48.30 for the first rotation.

Sophomore Alix Pierce and junior Isabel Goyco tied with a 9.775 for the balance beam. Pierce’s routine was solid and she stuck the dismount. Goyco approached the beam with a forward roll and straddle swing up. The team scored a total of 48.70 for beam.

The last rotation was the floor exercise. Each time one of the gymnasts competed her floor routine, her teammates would dance on the side to match her. Junior Domi Bonzagni stuck all three passes receiving a 9.775. Floor was the team’s highest scoring event with a total of 48.80.

“There’s still a little bit of uncertainty surrounding collegiate sports right now, so our goal is to take advantage of every opportunity,” Lisa Bowerman, head gymnastics coach, said. “It’s definitely been a very unique pre-season, but I’m really proud of the girls.”

Pierce moved to TWU this past December from Canada. She said her favorite event to compete is floor and that she loves the feeling of performing. She said she wants to compete every meet as if it’s their last one and be proud of all the team’s hard work.

“It [competing] felt pretty amazing,” Pierce said. “It was nice knowing our fans were watching over the livestream, even if we didn’t know they were there.”

The athletes are going against Lindenwood and Southeast Missouri Saturday, Jan. 16 at 6 p.m., in the Kitty Magee Arena for their first official meet of the season. Live stats and a livestream will be available, for more information go to twuathletics.com.