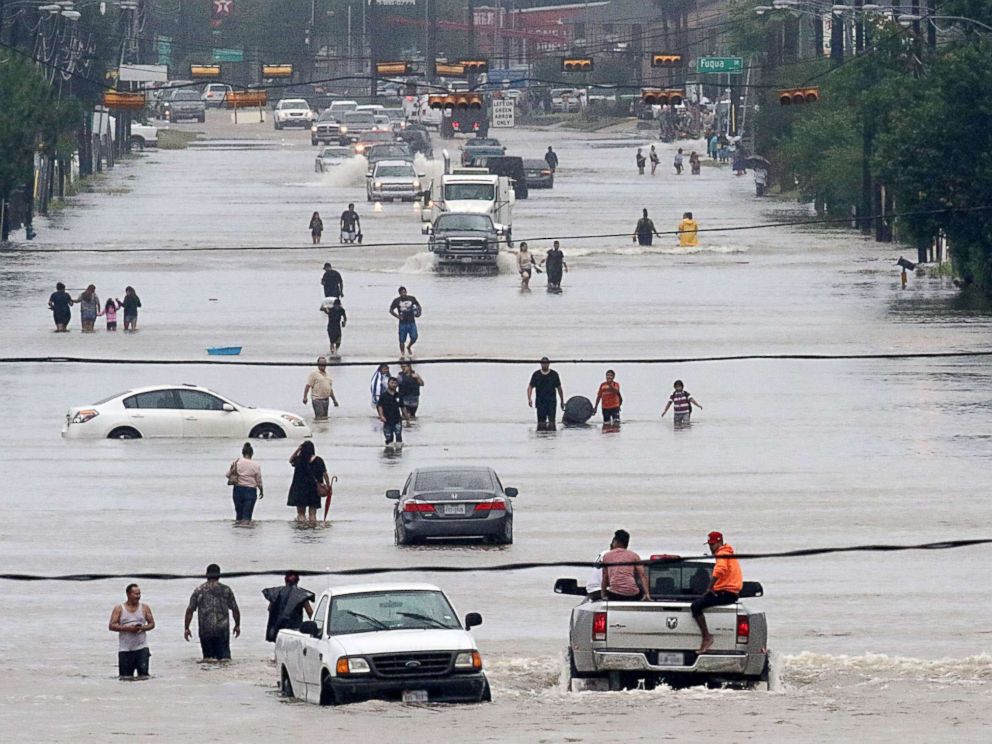 Torrential rainfall from Tropical storm Harvey has left the Houston area devastated with up to 48 inches of rain so far with more anticipated rainfall to come over the next few days.

According to the Huffington Post, “the swift inundation of water has turned rivers, bayous and streams into lakes – including those that run through the city of Houston itself.”

Reservoirs are being opened at an attempt to alleviate massive flooding in downtown Houston.

While additional areas will become flooded, it will reduce the extreme water levels which are trapping homeowners to their roofs and sparking rescue missions.

According to the Weather Channel, the Harris County Flood District representative Jeff Lindner anticipates homes remaining overwhelmed for as long as a month. The mayor of Houston, Sylvester Turner reported to The Associated Press “police had rescued more than 3,000, and the Coast Guard said it also had rescued more than 3,000 by boat and air.” According to CNN, almost 10,000 evacuees are in the George R. Brown Convention Center and capacity is exceeded (7,000) and there are only cots to accommodate half of the evacuees.

There are several reported deaths with the expectation of more to follow before the flooding recedes. Reported deaths include vehicles being swept down roads and off of bridges, resulting in drowning of many passengers.

Texas Woman’s has opened and encourages those wanting to help out to consider donating to the Emergency Fund to Benefit Students in Crisis and the Employee Emergency Assistance Fund.

Currently, no damage has been reported from the Houston campus according to TWU Director of Public Relations Amanda Simpson, however she did note that resources available to assess damage are slim and will continue to be until access to the Texas Medical Center is possible.

Simpson also shared as of Monday, three students from the Houston area were unable to attend the first days of class. The TWU Houston campus has been closed and will remain delayed until at least Tuesday, September 4 with possible further closure. More information is expected to be dispersed the afternoon of Thursday, August 31 from TWU Marketing and Communication.