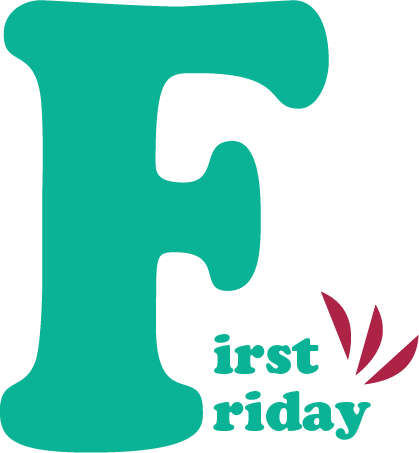 One Dentonite has worked to keep the city first in the minds of local art patrons for nearly a decade.

Friday, March 1, marks the 99th monthly First Friday, a local retail event held on the first Friday of every month. The project is aimed at bringing increased exposure to Denton arts and businesses by incentivizing weekend tourism through a guarantee that participants will open their doors for extended hours on First Fridays. Regular participants include A Creative Art STUDIO, Scrap Denton, the Denton Center for the Visual Arts and UNT on the Square.

Shannon Drawe, a local photographer and the event’s founder, said March is an important time of year for the collaborative.

“There’s a lot of hibernation that happens after Christmas, and now people are starting to get spring fever,” Drawe said. “March is usually the month people start coming back around.”

First Friday has been in operation since 2010. Back then, the idea to bring the event to Denton seemed like a natural one, according to Drawe.

“My sister-in-law is an artist in Athens, GA, and she had mentioned a monthly event in Athens,” Drawe said. “I had heard about First Fridays across the U.S., and it seemed like a no-brainer idea.”

Drawe said the event has changed a lot since it was founded, as organizers have sought to keep up with the changing demographics of Denton.

“The center of gravity for thousands of people has changed from Fry Street to the Square,” Drawe said. “The whole city has shifted since then.”

Drawe said that the advent of new social sharing websites like Facebook has also impacted the collaborative.

“Facebook barely existed in 2010, so the promotional aspects, which I am most involved with, were hugely different than they are now,” Drawe said.

Drawe said the event has taken on a life of its own since its humble beginnings.

“The biggest change seems to be in the way the event has grown its own momentum,” Drawe said. “Businesses are always taking it upon themselves to be involved – whether I know it or not. And that’s great. It’s become organic.”

Drawe said that that initiative has helped First Friday prosper over the years despite his own health struggles threatening to stall the operation.

“I had two years with very minimal involvement due to a successful battle with HPV throat cancer,” Drawe said. “So I was disconnected for a while, but in those times and up until 2018, the folks at Main Street, and especially Christine Gossett at Discover Denton, stepped up and kept the event fresh and vibrant.”

Drawe said that he keeps people coming back by maintaining a regular presence in the community, at least, as much as possible.

“We try to keep the ball rolling 12 months a year, but we have honestly had to give in to bad weather probably five Fridays in the last nine years.”

Drawe said that,despite the project’s successes, he hopes to continue making gains in improving local artists’ exposure to the public. However, he also emphasized that, given the collaborative nature of the event, it is incumbent upon participants to continue bringing innovation to the project.

“It’s an ongoing effort,” Drawe said. “For example, I created this event with artists in mind – artists who just needed a one-night-stand to show and sell their work. If they will contact me, we can try and hook them up with venues for one-night-only shows in Downtown Denton. It’s an aspect that few realize is an option, and there’s no profit motive for anyone except that artist. “

Those interested in learning more about First Friday or becoming an affiliate can do so here.