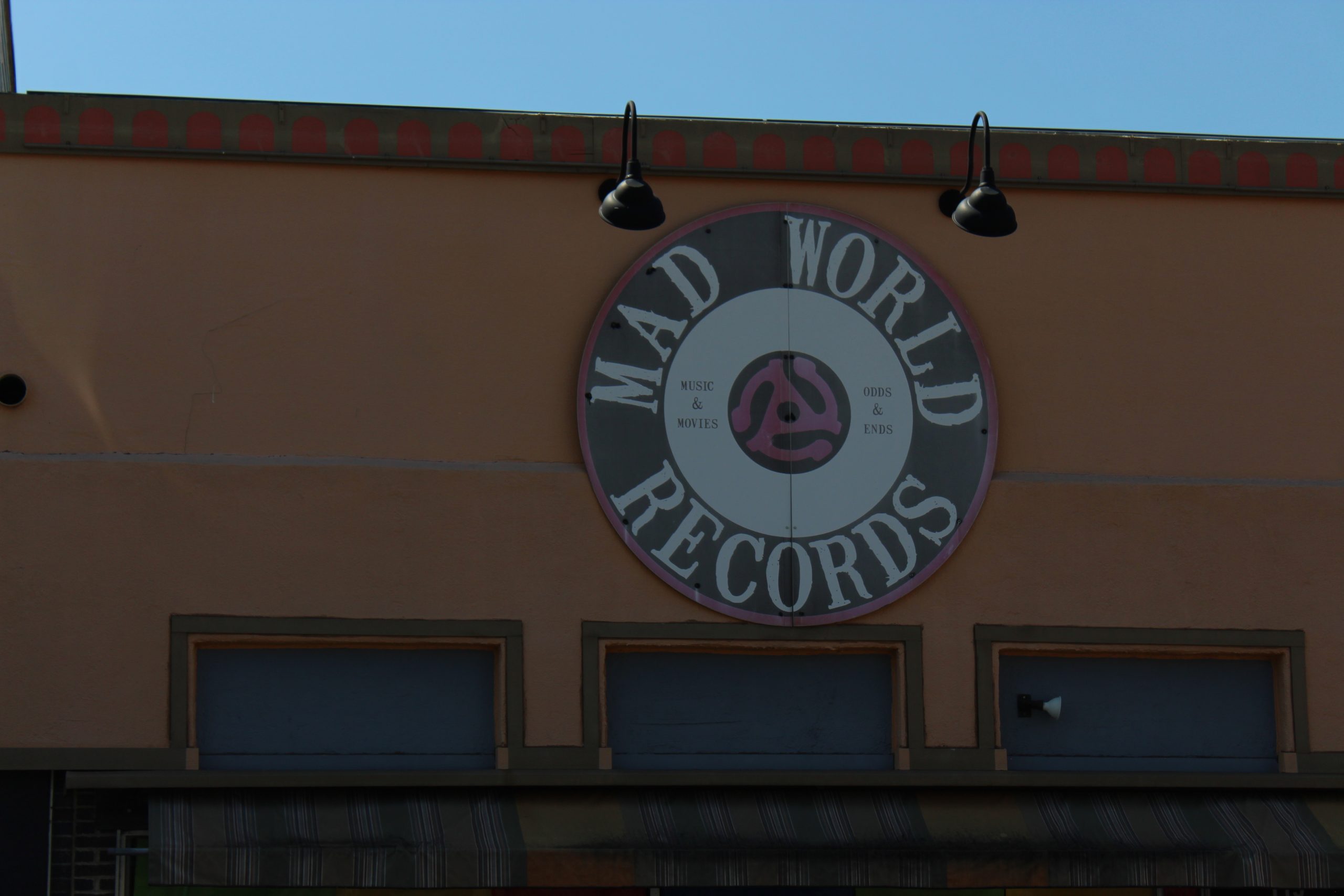 Up to 55% of businesses nationwide have permanently shut down and 1.4-2.1 million small businesses are predicted to close in the months to come due to the COVID-19 pandemic. With Texas being within the top five states with the highest number of Coronavirus cases, it is no wonder that small Texas business owners are taking the precautions to lessen their customer interactions and implement contactless operation strategies to help flatten the curve.

Multiple businesses near Texas Woman’s University and The University of North Texas have experienced the impact of the pandemic these past months due to the local public’s less frequent shopping visits, and shops have been able to adapt accordingly to the economic change.

Businesses like Mad World Records, formerly located on Hickory Street, officially closed down and moved online. When the spread of COVID began, owner Mark Burke shut down the building temporarily and continued business as usual through the store’s online services. As more uncertainty surrounded the downturn of the pandemic, Burke said that he felt no need in keeping the shop’s building open while it was not in use.

“I think we’re just more realistic about what’s going on than others,” Burke said. “We didn’t want to be a part of the problem, and I didn’t want to pay rent for a store that does not open often.”

Not only have existing businesses been threatened by the pandemic, but also those up and coming. Pepitas Mexican Cocina, a family-owned vegan restaurant and sister restaurant to Milpa Kitchen & Cantina by Interstate 35, had plans on opening their doors for customers early this year. When news of the pandemic hit, the owners decided to hold off the grand opening of the restaurant and operate only by curbside pickup out of Milpa until things felt safe enough to proceed.

While both businesses have adapted to the new normal, the opening delay caused some uncertainty for Pepitas regarding the restaurant’s future and expectations.

“As far as projections and forecasts that we had for the restaurant, we’re not where we wanted to be,” owner Jorge Landeros said.  “It’s one of those things where you just do what you can for the moment.”

Despite the monetary hiccups, Landeros is grateful for having enough space in Milpa, where Pepitas’ business began, to still run the restaurant’s services for the time being as he knows that there are others  who are in less fortunate situations during this time.

Peptitas has since settled on a date, Sep. 16, to open the building, but will still be serving customers by curbside pickup only. In the meanwhile, the staff have been putting together the final touches of the building and finalizing details.

As for Mad World Records, the shop has been running just as well as it did when supported by a physical location, Burke said. After cutting costs from rent, building upkeep, and even daycare as Burke is now being able to work from home and watch over his son, he said that it has not felt like there has been a decline in either the shop’s finances or reputation.

During unpredictable times like these, Burke said he encourages the public to shop from and donate to small businesses to help them continue serving for the public.

“It’s important to support because it’s not easy right now for people with small businesses,” Burke said. “And, you know, Amazon’s got enough money.”