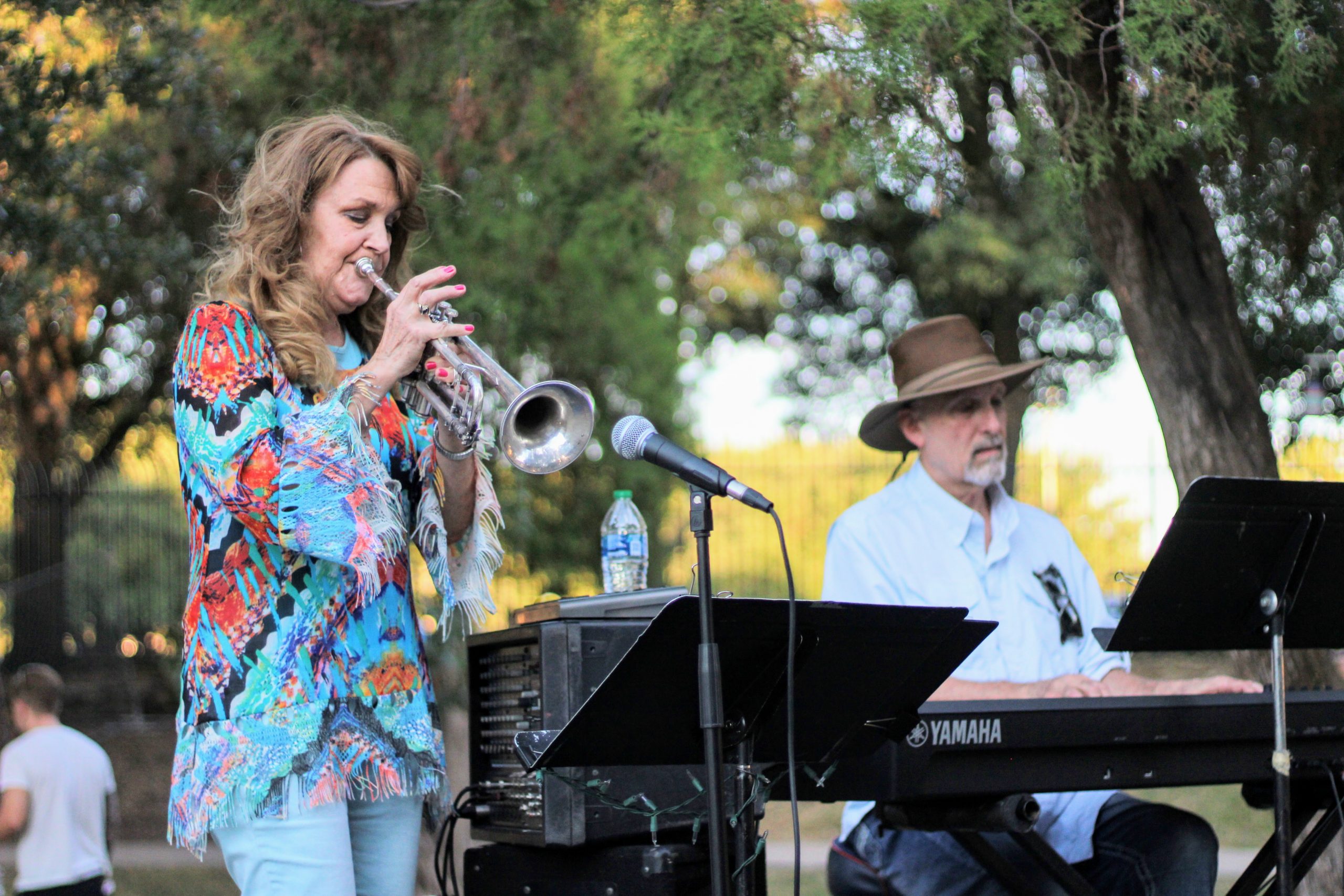 Despite many uncertainties, cancellations and postponements, the Denton Arts and Jazz Festival was held Oct. 1-3 at Quakertown Park

It has been a long 18 months since the last Denton Arts and Jazz Festival, and although different, the festival brought along the finest in entertainment, food, and fun. A staple of Denton, the Arts and Jazz festival is a free event produced by the Denton Festival Foundation. Usually held on the last weekend of April, the festival was postponed to October due to the COVID-19 pandemic.

The festival drew many students from the University of North Texas and Texas Woman’s University from their renowned music and dance programs, showcasing the best that the North Texas region has to offer.

“The festival was just as good as any of the previous Denton Arts and Jazz fests I’ve been to,” UNT first-year student Jobe Grund said. “I was worried that it wouldn’t be since it’s been a while since we’ve had one.”

“My favorite part of the festival was the conga line during the Brave Combo’s set,” TWU first-year student Abi Molina said. “The Brave Combo’s performance is always unforgettable.”

Brave Combo, a Denton-based quintet, was one of the headliners alongside artists and bands such as Tower of Power, Doyle Bramhall II and Jason Moran & The Bandwagon. The band has won two Grammy Awards and has been nominated for their work seven times. Brave Combo has performed at the Denton Arts and Jazz Festival every year since it began, and they closed the event on Oct. 3rd.

The UNT One O’Clock Lab Band, collecting seven Grammy Award nominations since 1975, also made an appearance after several months of uncertainty. UNT’s Division of Brand Strategy and Communications chose not to sponsor its concert stage in June of this last year, citing a reallocation of money due to the pandemic. Fortunately, the College of Music was able to perform at the festival thanks to Denton attorney Tim Powers paying the $15,000 sponsorship.

According to their website, the Denton Festival Foundation worked diligently to ensure a safe and fun environment by making several small changes in an attempt to mitigate possible COVID-19 exposures. Some of these were eliminating the indoor stage in the Senior Center to reduce crowding, adding full sinks and sanitizing stations throughout the restroom and QR codes in lieu of the regularly printed brochures.

All in all, the sorely missed festival came back this year in full swing, through trials and tribulations, to produce exquisite music, delicious food and amusement for everyone in attendance.

Published in Community and News