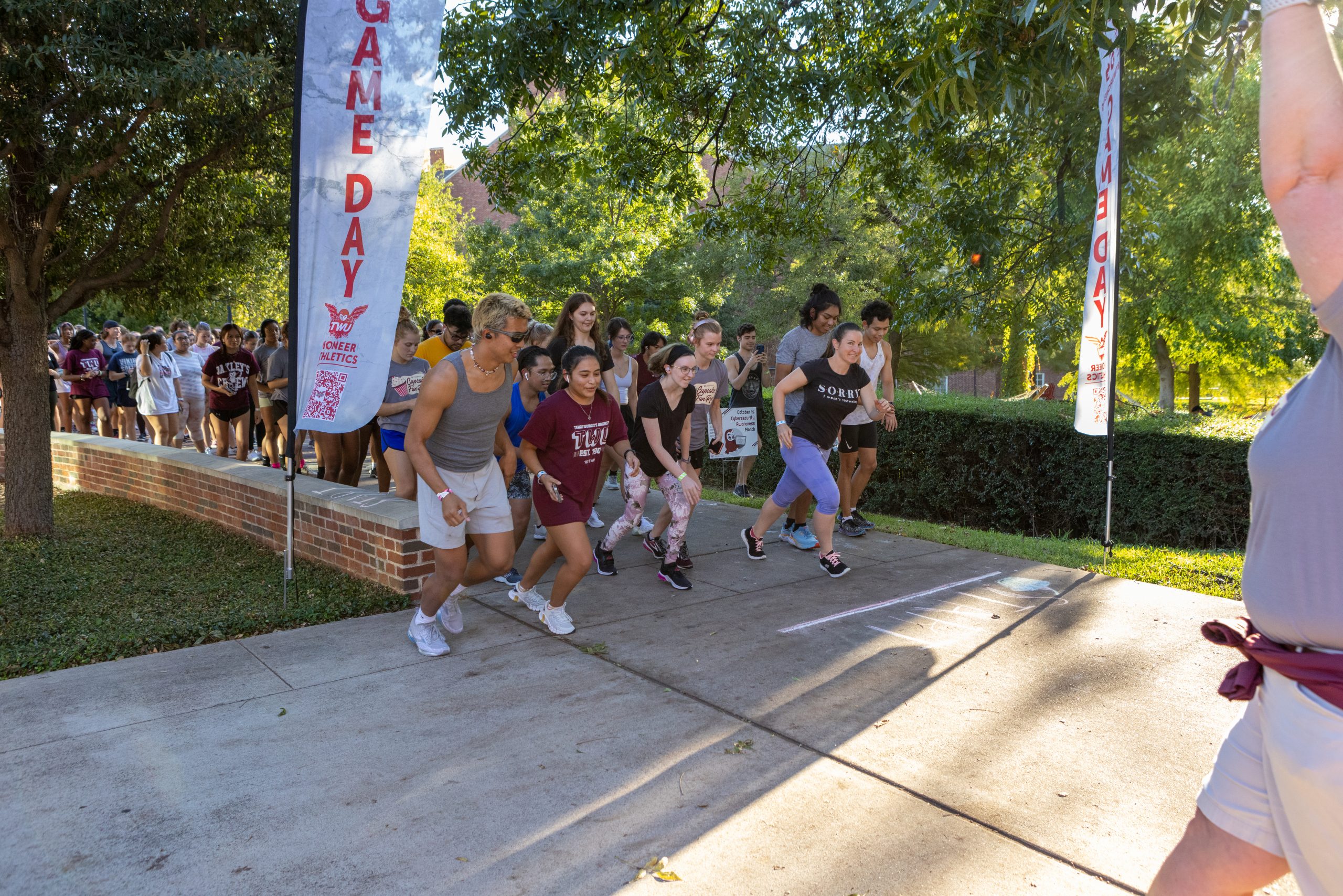 After almost three years, Texas Woman’s University’s Fitness and Recreation finally brought back the 5K run on Oct. 12 but with a twist. This year, they incorporated cupcakes into their event in order to celebrate the event coming back as well as collaborating with the Health and Wellbeing Department to organize this event.

“The benefit [of the Cupcake Fun Run] is meant to be social,” director of Health and Wellbeing Initiative Michelle Kelly said. “There’s no race associated with it, we’re not timing anybody. We’re encouraging everybody to walk around if they can’t do the full 3 miles, that’s okay. It’s an opportunity to get outside, because that’s okay for our well-being to be together and to get a little bit of exercise in the process.”

The 5K run was paused due to COVID two years ago, and co-director of Health and Wellbeing Initiative Alison Meguro explains the impact that it left during that time.

“I think just like all our other programs, it was difficult,” Meguro said. “At Fit and Rec, we do a lot of programs and a lot of events, and 5K was just a piece of a lot of what we do. [We did]  everything virtual which is just hard and in Fit and Rec, so much of what you do is in groups and you can’t do inner murals virtually [and] it was challenging.”

While the organization of the Cupcake Fun Run included the collaboration of both the Fit and Rec and the Health and Wellbeing Initiative, this was the first year that the Fun Run would be back in full swing. The idea of including cupcakes in the run was decided in order to make the event special for the staff, students and faculty participating.

“When we were thinking of this idea, we wanted to emphasize more about the fun instead of the competition of it, so that’s where the cupcakes came in,” Kelly said. “And actually, about a decade ago, fitness had done a collaboration and we thought cupcake was the theme and we thought this would be a nice way to bring that back.”

During the event, Meguro made sure that everything was going as planned. She witnessed the participants warming up before the start of the race and cheering each other on as the event went on.

“I heard some students say ‘This is the first event I have seen since high school’ or ‘I haven’t ran this much in so long,’” Meguro said. “I know they were really pushing themselves and became a better version of themselves, and of course everyone got a cupcake and everyone was very excited and it was just really cool to see them in full circle.”

The Cupcake Fun Run was more successful than expected, according to Meguro, and there is now talk of having a Fun Run again next year, as well as keeping this event as an annual basis.