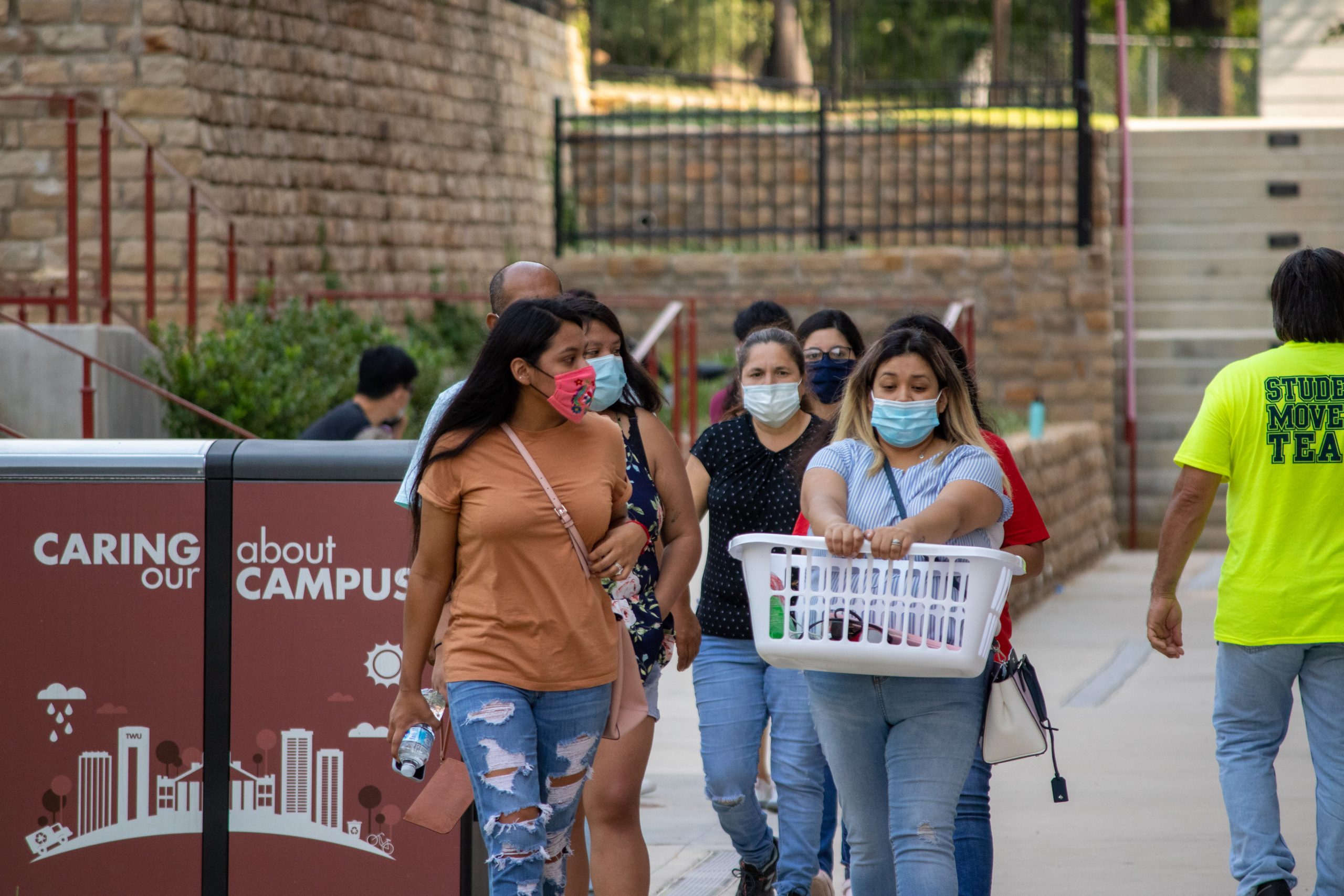 Nearly 70 Texas Woman’s University community members reported suspected exposure to the novel coronavirus that causes COVID-19 within the first two weeks of campus reopening, but administrators say the reports are not a good indicator of how the virus is spreading on campus.

Documents obtained by The Lasso show 68 TWU community members submitted COVID-19 reporting forms between the first day of classes Aug. 24 and the following Friday, Sep. 4. Students and employees are required to report suspected or confirmed illness from the coronavirus or prolonged exposure to someone with COVID-19, according to the university’s coronavirus webpage. While 68 forms were submitted, the university’s log of positive cases shows only four COVID-19 cases were confirmed during the 12-day period, meaning the rest of the reports were submitted by those who suspected they had the virus or believed they had close exposure to someone who did.

But not everyone who submits a form goes on to test positive for COVID-19, executive director of risk management Matt Moustakas said. Of the COVID-19 reporting forms submitted by community members since the fall term began, at least 26 did not need to be and for another 81, no quarantine was recommended, Moustakas said.

“Around a quarter of the forms filled out, there was no quarantine, no isolation, nothing,” Moustakas said.

Administrators could not provide a comprehensive total for the forms submitted for the semester because some of the forms may have been test reports, and the number changes often as new forms are submitted, Moustakas said. Though there was an uptick in the rate of COVID-19 reporting forms being submitted when the semester started, the rate has remained steady since, Moustakas.

“Having a spike in reports shouldn’t and will probably not tie to an [COVID-19] event,” Moustakas said. “I think the only thing it would be indicative of is whether we’re getting the message out to fill the form out.”

When a report is filled out, the contract tracing team calls the person that submitted the form to get more details about whether the case is either a positive case or a likely exposure and, if it is, determines where the symptomatic person has been on campus. Those who have tested positive, have symptoms or have had close contact with a positive case are quarantined for 10 days after a positive test or 24 hours after symptoms have stopped. Residents are placed in isolation and quarantine floors in Guinn and Stark Halls, where around 60 rooms have been reserved, Moustakas said.

The university’s approach is more conservative than Centers for Disease Control recommendations which only require those who test positive to be placed in isolation, Moustakas said.

Administrators will look at whether the contact tracing team is being overwhelmed or space for on-campus isolation is becoming limited when deciding whether to close campus if cases spike. At the current rate, Moustakas said there has been no indicator that is likely to happen anytime soon, though the pandemic has proven to be unpredictable.

“Right now, we’ve got plenty of rooms, and we’re training additional folks from human resources and athletics to help with contact tracing, as well as cross-training within the rest of the risk management team,” Moustakas said. “Right now, we’re doing well.”

Amber Gaudet can be reached at agaudet@twu.eu or on Twitter @amb_balam.