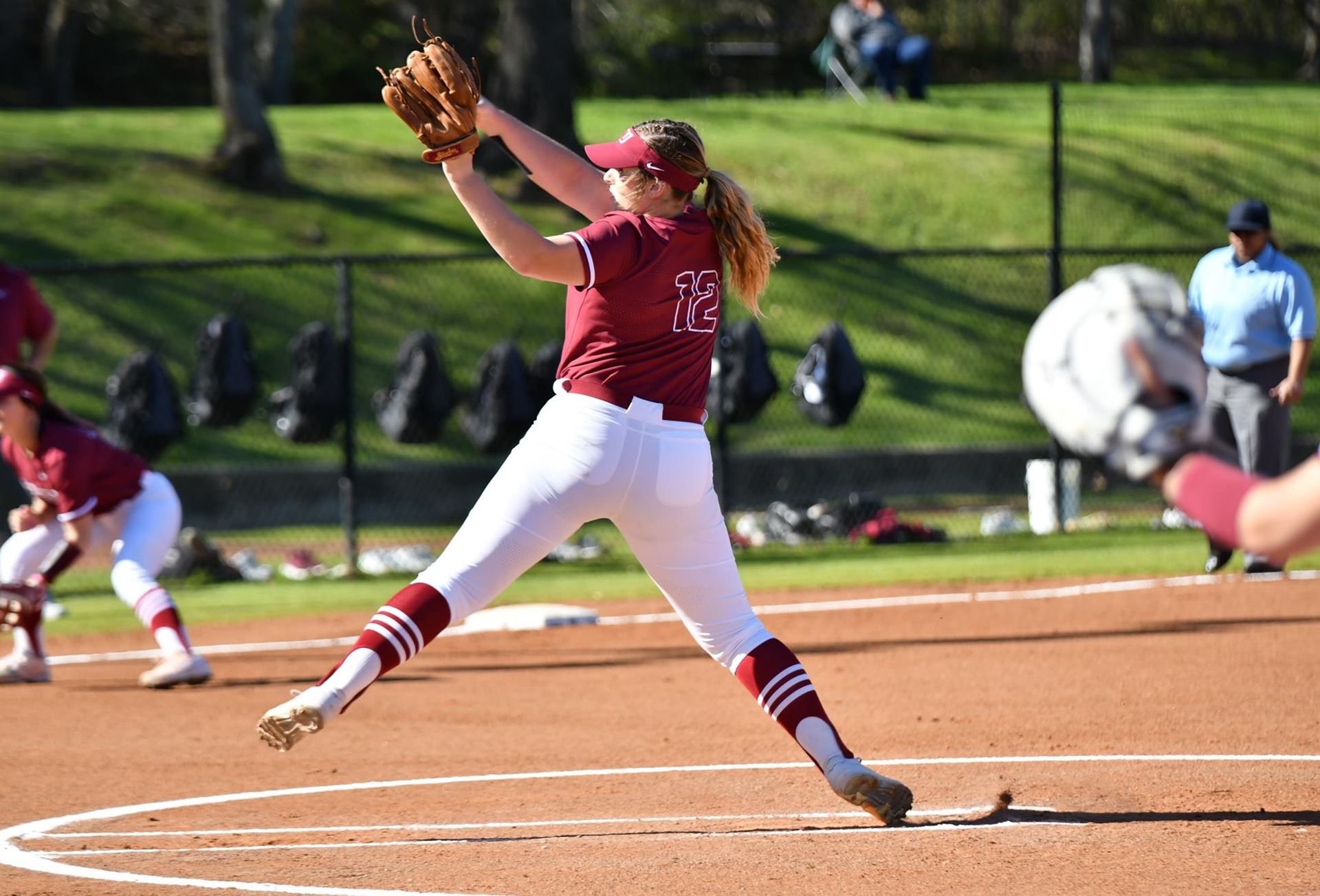 The Texas Woman’s University Pioneers held steady in Friday’s athletic events, with both softball and gymnastics heading into spring break with season-firsts.

The Pioneers achieved a doubleheader split in its game against Oklahoma Christian Friday, winning the nightcap 1-0 after falling 2-0 in the opening game.

Senior pitcher Bailey Turner led the effort to defeat the Eagles for the first time this season, firing a five-hit shutout in the nightcap.

“Bailey Turner was stellar for us tonight,” head coach Amber Barker said. “We needed her to go the distance in both games and she did just that. We had some good hits and some that didn’t go our way, but we kept fighting.

“This team is resilient and found a way to keep fighting. I’m proud of our fight.”

Turner scattered eight hits over her seven innings of work in the opener, walking none and fanning six.

Senior outfielder Tara Solomon picked up a pair of hits in the nightcap and scored the game’s lone run on an RBI single by sophomore infielder Sydney Johnson in the third inning. Turner followed with her five-hit shutout, fanning seven and walking only one – her lone free pass in 14 innings of work on the day.

The Pioneers return to Dianne Baker Field Sunday, where they will host Cameron in a noon doubleheader.

Gymnastics finished third in its senior day quad against No. 6 LSU, No. 17 Arkansas, and Centenary Friday.

Domi Bonzagni scored a 9.775 in the final event and Mackenzie Balderas a 9.750, rounding out the Pioneers’ team scores.

The Pioneers travel to the Stephen C. O’Connell Center in Gainesville Mar. 13, where they will face off against No. 2 Florida.