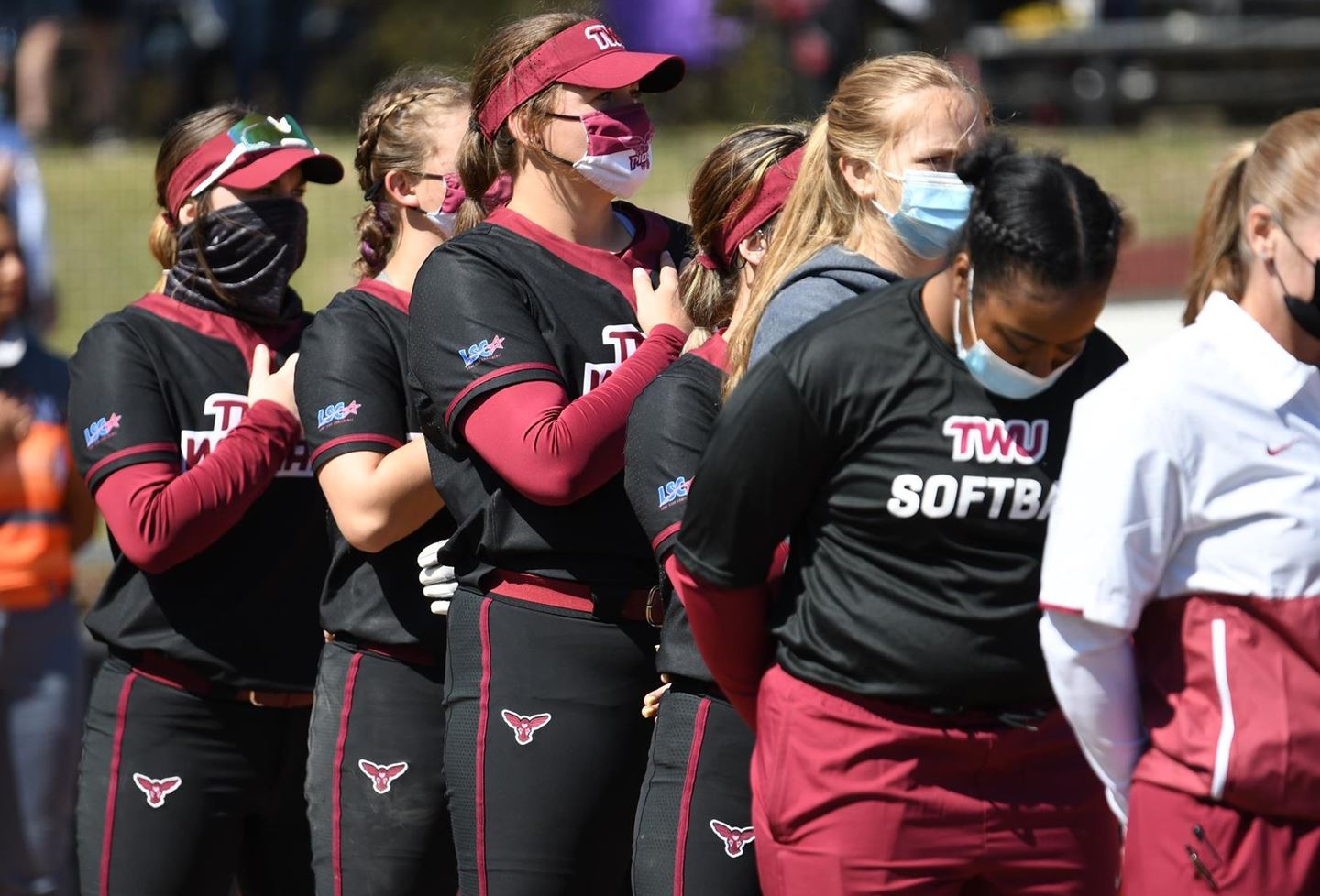 Athletics update: Rough week for Pioneers in away competitions

The Texas Woman’s University Pioneers struggled in this week’s athletics games for both gymnastics and softball, ultimately falling to rival teams.

Freshman Madeline Gose made a career-high 9.925 on beam taking the event title home and tied for the floor title with a 9.875. After a great night of competition, Gose was named the MIC conference’s Newcomer of the Year.

“I am so proud of Goose and her entire body of work so far this year,” head coach Lisa Bowerman said in a news release. “She thrives in competition, and the sky is the limit for her in her collegiate career. This award was very well-earned.”

TWU’s highest scoring event of the night was beam, finishing just .15 behind Lindenwood’s 49.15. Sophomore Daisy Woodring followed Gose’s lead scoring a 9.8 with Junior Isabel Goyco not far behind with a 9.7.

The team struggled to put up high scores on bars, but freshmen Steelie King and Lexi Leake scored matching 9.725s behind Goyco’s lead with a 9.875, contributing to the team’s total score of 47.475.

Bowerman said the team has been working extremely hard and continues to go out and perform at their best every competition.

The team will continue onto the USA Gymnastics National Championship event held in Cape Briardeau April 9.

The Texas Woman’s University Pioneers fell to both UT Tyler and second-ranked Texas A&M Commerce in this week’s away games.

On Friday’s opener game, TWU and UT Tyler held off scoring until UT Tyler Patriots took the lead scoring three points in the bottom of the fourth inning. Despite not receiving a run, Seniors Tara Soloman, Avery Williams and freshman Alexys Ginegaw all made hits for the Pioneers.