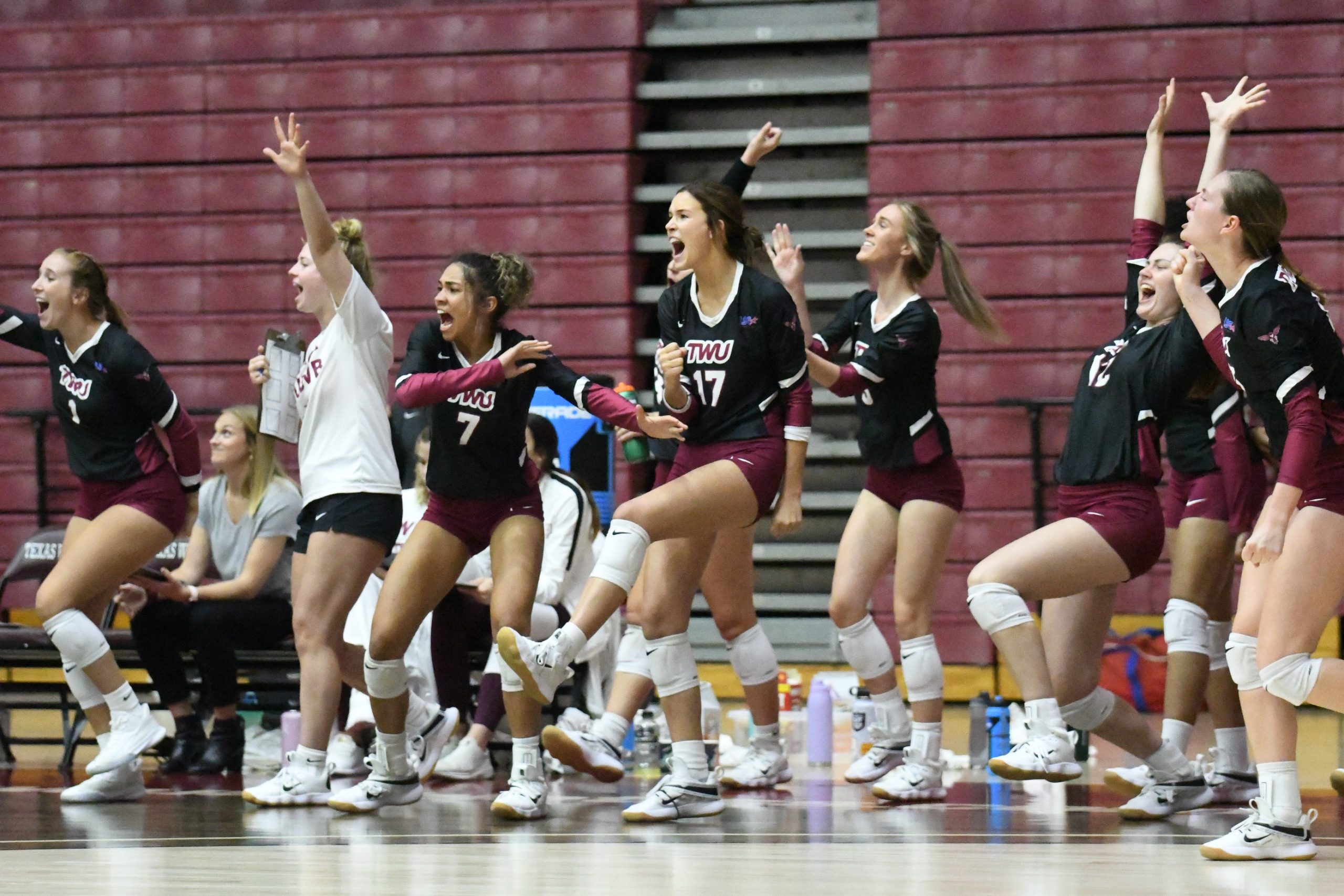 The Texas Woman’s University Pioneer volleyball and soccer teams are falling and rising against rival teams, while other sports prepare for their upcoming seasons.

On Sept. 17, the Pioneers defeated the St. Edward’s team in a thrilling, competitive match 3-1. The Pioneers dominated the first two sets 25-19 and 25-15 and made a comeback to tie the St. Edward’s Hilltoppers until eventually falling 30-28. The Pioneers pulled from their tie of 20-20 in the fourth set to win the match at 25-21. Elizabeth Ugbaja and Tylar Roberson earned 13 kills apiece.

Despite an honorable effort, the Pioneers fell to the St. Mary’s University Rattlers 3-0. Trixie Oche had an 11-kill performance and the team had a 6-3 advantage in aces.

TWU has tied twice, lost once, and won four times this season. On Sept. 10, the Pioneers won in overtime against the Regis University Rangers thanks to a goal by Haley Ward. Alex Jacinto stopped the lone shot on goal she faced.

In the match against the Orediggers of the Colorado School of Mines on Sept. 12, the Pioneers earned a 1-1 draw. Alyssa Simien, assisted by Kalista Miller, had scored the tying goal, while Alex Jacinto stopped four of the Orediggers’ attempts at scoring.

In the shutout match against Bridgeport on Sept. 16, the Pioneers prevailed with a 1-0 win. The goal made by Keely Chapman, assisted by Rayne Islas, closed out the non-conference slate of the season with a win.

On Sept. 22, the Pioneers won their game against Eastern New Mexico thanks to Rayne Islas’ goal in the 18th minute.

Despite an aggressive offense, the Pioneers were defeated by St. Mary’s University on Sept. 25.

Gymnastics practice has been going great, head coach Lisa Bowerman said. They started their official pre-season practice on Sept. 23. The team this year is composed of 19 student-athletes, six of which are freshmen. The team will start their season on Jan. 7 at the University of Florida.

The Stunt team will compete in its first season in the spring of 2022. There are currently 50 collegiate stunt programs across the country, with more programs coming soon. TWU will host the USA Cheer College Cheerleading and Stunt Combines on Oct. 19, where approximately 15 different colleges from around the nation will meet to recruit athletes.

TWU’s basketball program welcomes newcomer graduate transfer Agang Tac, who competed for South Sudan in the FIBA Women’s AfroBasket 2021 Zone 5 Qualifiers in July. The Pioneers will have an exhibition game against the University of North Texas on Nov. 3 and will open the season Nov. 12-13 with the Conference Challenge.

2004 Olympic bronze medalist Sara Lilly was named the inaugural head coach for the TWU artistic swimming program. The team will start competing in January and will finish their season with the Collegiate National Championships at the end of March. There are currently five athletes in the program, but the team is hopeful to add up to three in January with interest growing in America and around the world.

2008 Olympic bronze medalist Randi Miller was named the inaugural head coach for the TWU wrestling program, according to a press release from Aug. 4. The program will start competing in the 2022-2023 school year.

The softball team has been practicing and preparing for the next season.

Maddie Ray can be reached via email at may10@twu.edu.