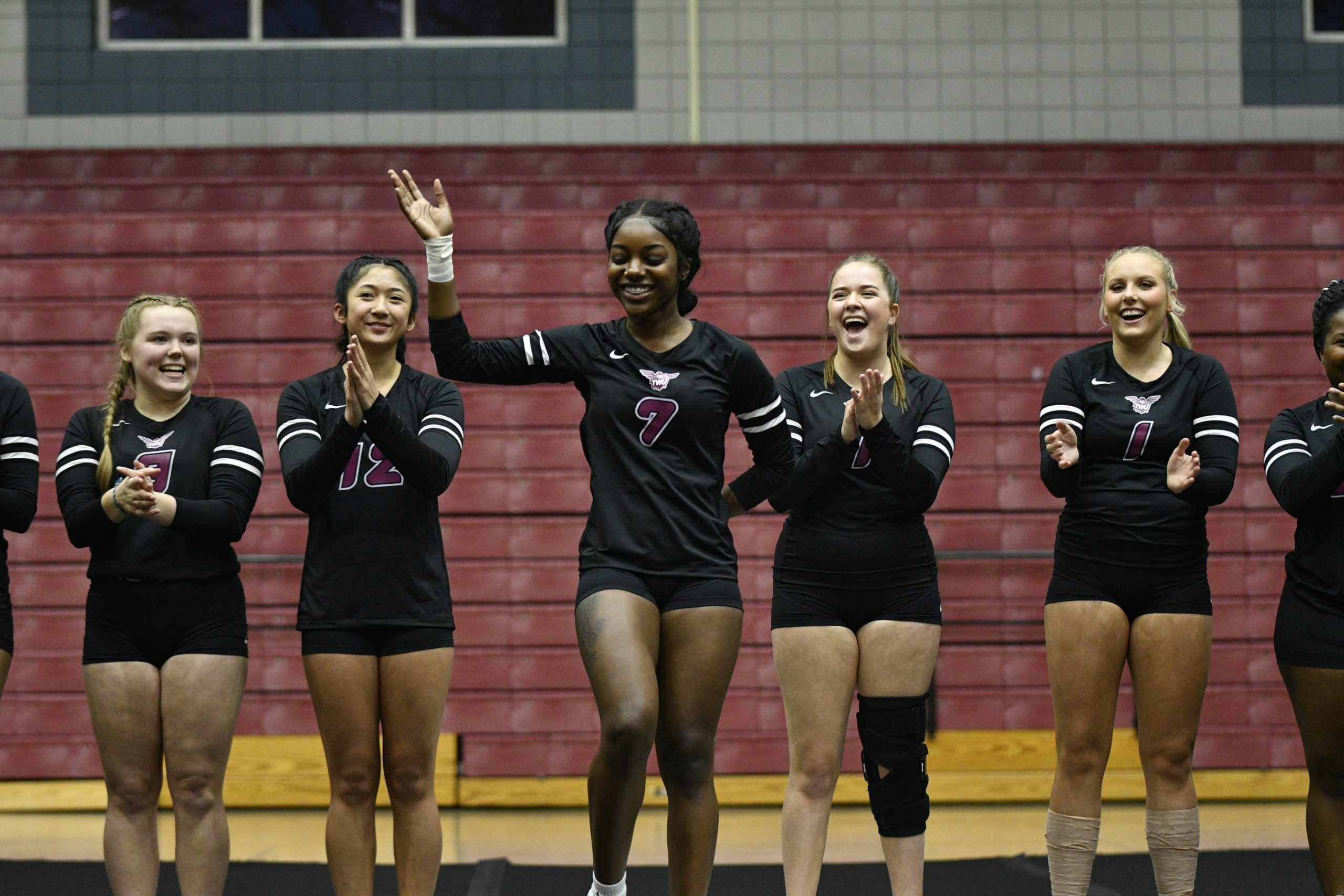 Texas Woman’s University’s artistic swimming team made a splash in their first competition ever in Pioneer Hall on Jan. 28 and 29, hosting Stanford University and the University of the Incarnate Word.

Ashley Latchford competed in the A Elements, while Makayla Crichton, Regina Ramirez, Haiden Long, Maribella Falconer, Laura Klein and Anaya Kashikar competed in the B Elements portion. Crichton was the highest finisher with a fourth-place finish.

The artistic swimming team looks forward to their next meet at Ohio State University on Feb. 5.

Basketball continues to excel in matchups against Cameron University, West Texas A&M University and the University of Texas at Tyler.

The Pioneers handed Cameron University their first conference loss on Jan. 20, winning with a score of 65-61. Ashley Ingram and Keslyn King both scored in double figures, with Ingram scoring 21 points and King scoring 11 points.

Against Texas A&M, the Pioneers were once again victorious Jan. 29 on Alumni Day. The athletes honored all past players with a celebration in recognition of the 10 year anniversary of the 2011 LSC Championship team.

TWU recorded their third consecutive win after defeating the University of Texas at Tyler with a score of 57-51 on Jan. 31. Moyer and Woods led the way for the Pioneers with 13 points each, while Ingram scored double digits for the ninth consecutive game, finishing with 11 points. King added 10 points, two steals and five rebounds in the match-up.

With this win, the team is now second in the Lone Star Conference and tied for eighth in the D2SIDA South Central Region poll. Additionally, Ingram was named LSC Offensive Player of the Week for the second time this season.

“I think the showcase went great,” freshman flyer Savine Valenzuela said. “It was awesome getting to perform our routines for the first time after practicing for so long.”

TWU STUNT will open their 2022 season at home against Texas Tech University, University of Texas at Tyler and Dallas Baptist University on Feb. 11, which will be their only home tournament of 2022. This will mark the senior day for the captain and lone senior on the team, Stratton Stiefvater.

“I’m most excited about traveling to other schools for tournaments,” Valenzuela said. “I think it will be fun to compete, and it will bring the team even closer together.”

The TWU Gymnastics team dominated against Centenary College of Louisiana in the Kitty Magee Arena on Jan. 30.

Emerson Adams and Kyla Podges both landed new career-highs, with Adams landing a 9.825 on vault and Podges scoring a 9.825 on beam. Adams won a first-place finish on vault while Madeline Gose won floor with a powerful 9.825. Season-high marks included Mara Johnson’s 9.725 on bars, Beth Lazarus’ 9.750 on vault and Alix Pierce’s 9.700 on the floor.

The Pioneers return to action on Feb. 4 against the third-ranked Oklahoma Sooners.

The TWU Softball team is scheduled to open their season Feb. 5 at the Arkansas Tech Winter Invitational after their first game was rescheduled due to possible inclement weather.

Maddie Ray can be reached via email at  mray10@twu.edu.