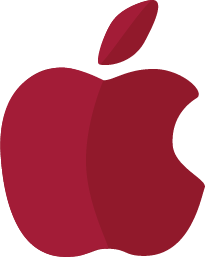 Today, Apple is one of the top brands when it comes to technology. According to the Inc.com, Apple was ranked number two in 2018, putting the brand value at $146.3 billion.

What started as two friends, Steve Jobs and Steve Wozniak, building boxes that allowed people to make long distance phone calls at no cost ended in the pair creating the very popular brand. From the basic Apple I to the new IPhone, Apple has come a long way.

Now, in March 2019, Apple has announced that they will soon be releasing new products to their customers, the first being Apple TV Plus. This paid ad-free video streaming service will launch in the fall. Apple has yet to comment on what exactly will be on the service.

In the Apple TV app, there will be updated Apple TV channels. This service is going to be aimed as almost a folder of all cable and streaming subscriptions. The app has a similar design as Netflix, with vertical carousels and suggestions on what to stream next. The new version of Apple TV should be ready to be updated in May and expected to be a new app for Macs in the fall.

Apple News plus is adding more than 300 magazine subscriptions for $9.99 a month. At the press release of the new Apple products, CEO Ted Cook said that Apple News is, “the number one news app in the world.”

For the summer, Apple has paired with Goldman Sachs to create its own credit card. Of course, no plastic required since Apple pay is used at most places. The card will offer 2% of any Apple Pay purchase amount back into the Apple wallet app as cash. The reward goes up to 3% when used on Apple products and 1% when the card is actually used. Any purchase done must use a fingerprint or face identification for confirmation. Apple states that they will not track what the purchase is on or for how much. Apple also stated that they will not sell any information to third parties. For those wanting a physical card, the laser-etched titanium rectangle is free of an expiration date, card number or security code. Those numbers can only be seen in the app. Cook said the new card will be, “the most significant change in the credit card experience in 50 years.”

Lastly, Apple Arcade is hitting the market in late fall in roughly 150 countries. This new ad-free subscription app allows users to access over 100 new exclusive games. No information about the cost has been released at this time.