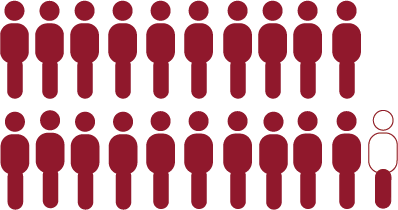 U.S. must reinvest in STEM to reverse ACT trends

ACT math scores have dropped to a 20-year low, according to ACT’s annual report.

The report, released Oct. 17, reveals that a mere 40 percent of graduates who took the ACT in 2018 met a benchmark demonstrating they could succeed in a freshman algebra class. That percentage is down 1 percent from last year, and the amount of students meeting benchmarks across all subject matters tested – math, science, reading and English – also dropped slightly in 2018.

Marten Roorda, CEO of ACT, said the numbers are concerning given the importance of science, math, engineering and technology (STEM) jobs for the U.S. economy, according to an Education Week article.

“We’re at a very dangerous point. And if we do nothing, it will keep on declining,” Roorda said in an interview with Education Week.

Average scores for all racial-ethnic groups dropped except for Asian-Americans, whose score increased by two points. Low-income and minority graduates, what the ACT defines as “underserved” populations, generally scored lower than their counterparts.

The report found that scores were lower in states that required the ACT to be taken than those that allowed students to opt-in to taking the exam.

Since learners who do not plan on pursuing higher education might not prepare as much for a standardized test that measures college readiness, an obvious solution might be to make the test optional – but it is not the best solution by a long shot.

Studies across numerous states have found that mandating the ACT or SAT revealed academically gifted students who would have otherwise opted out of the exam.

A Michigan report found that mandating the ACT led to an increase in the amount of low-income students attending and graduating from college.

Not only does mandating tests reveal the hidden potential of graduates, but it allows disadvantaged students to take the exam – which is required for entrance into many colleges – who might not have been able to otherwise.

In an opt-in program, students pay for the test on their own and travel to a testing center to take the exam. When the SAT or ACT are standardized, students take the exam during school hours at no cost to themselves.

Solutions instead must be aimed at increasing state funding and resources for underprivileged districts and supporting initiatives that increase interest in STEM from a young age.

Increases in nationwide STEM funding led to positive trends in elementary and high school performance in math between 2003 and 2013 – though performance gaps among minority groups continued to exist despite other positive trends.

A renewed focus on why such disparities exist independent of funding is a necessary supplementation to increases in capital if the U.S. hopes to remain competitive in an increasingly globalized economy.