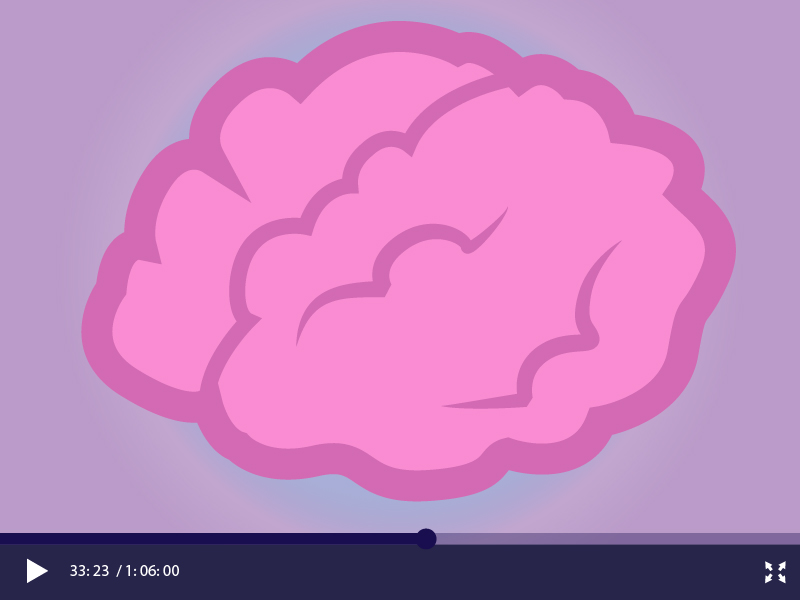 One of the main factors contributing to the stigma that surrounds mental illness is the lack of awareness and information that the public either receives or takes upon themselves to learn. The shame put into the topic of mental illness can make those who feel they are struggling feel reluctant to talk to others and seek help from the people around them. Dismissing the topic’s importance can even worsen the impact of mental illness.

To remind the students of Texas Woman’s University the significance in recognizing the impact of mental health, Dr. Drew A. Curtis, associate professor of psychology at Angelo State University, visited TWU last Thursday to speak with students about the stigma of mental health and its common misconceptions.

Curtis had the audience share their “craziest experiences” and why they considered the situation “crazy.” He then said that the word “crazy” can easily be taken out of context and take on different meanings depending on whom or what the word is being used to describe.

Curtis dived into the way the word is commonly perceived in the media and said how most influences of how mental illnesses are perceived is through movies. He said that the portrayal of psychological disorders in movies can send very misleading messages and the reason why it is done so often is because the public loves to see it.

“Some movies portray psychological disorders as not a big deal,” Curtis said. “Many times, most movies also portray therapists as ‘unethical.’”

Curtis told the audience that mental illness should not be taken lightly and that though someone might seem okay, they could be actually struggling because mental illnesses can show themselves in many different forms.

“People who are in pain don’t like to boast about it,” Curtis said.

He said that it’s important to be on the lookout out for others who may seem like they may be acting unusual or look as though they are going through a difficult time.

A majority of students who attended Curtis’ lecture said that they appreciated his way of adjusting his approach to mental illness depending on what one might be psychologically experiencing.

“I think Dr. Curtis is very driven by compassion, and I think that we can all share a little bit of love he has for other people,” freshman nursing major, Elizabeth Vincent said.

During the lecture, some students said that they were reminded of the significance of being a support system and circling the stigma that surrounds mental health with acceptance.

“It is important that people don’t discriminate against others with mental illnesses just because they might act or look a little different,” freshman nursing major, Gabe Guerrero said.

Curtis wanted to leave the audience with the concept that “crazy” is not an abnormality, but another trait in humans that doesn’t have to be thought of as taboo. He said that he hopes people can go out into the world carrying understanding and mindfulness.

“I hope that as you think about and go beyond this class of abnormal psychology, you can reconsider ‘crazy’ and not feel reluctant or afraid to discuss the topic.”