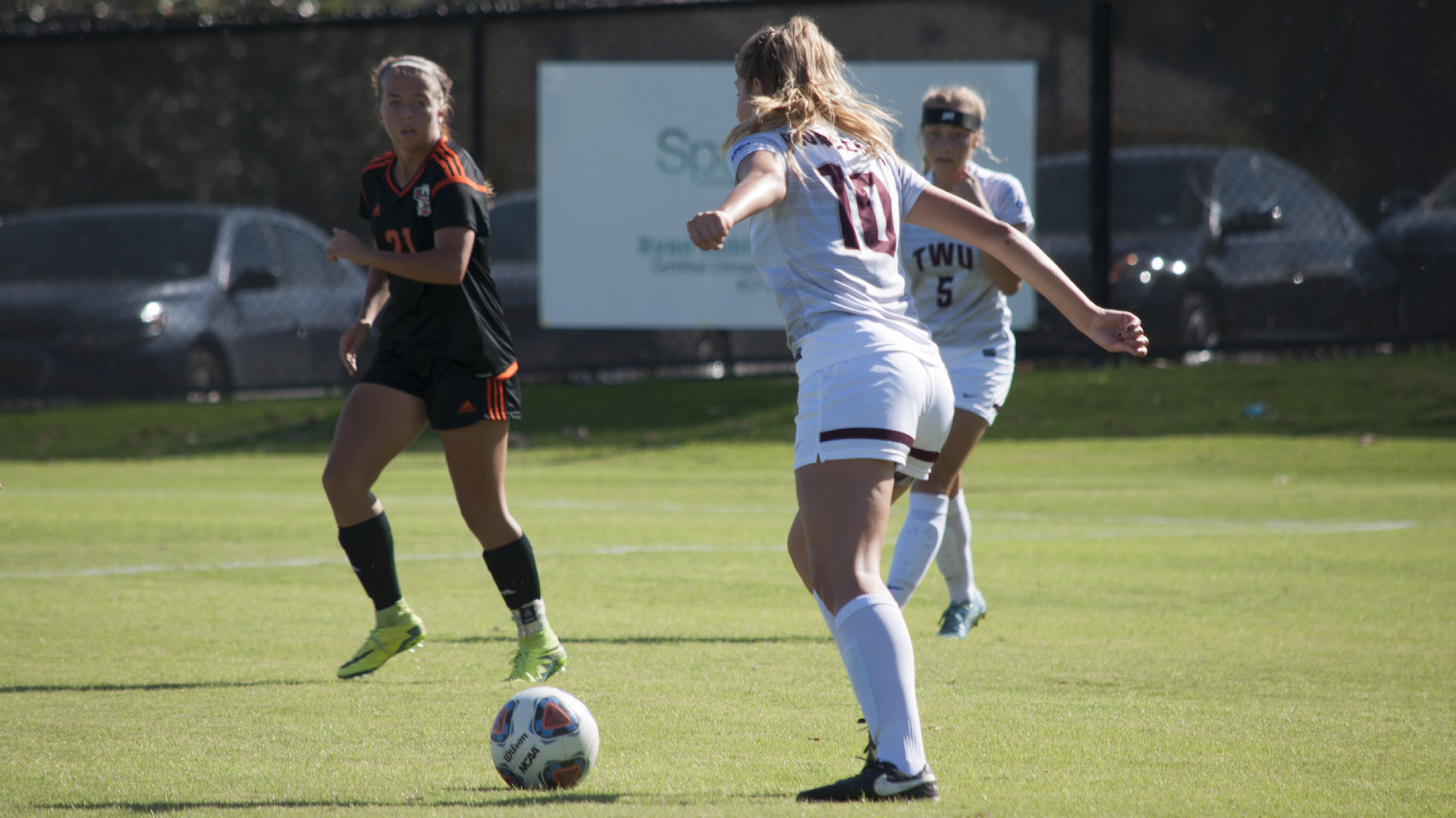 On Nov. 3, the Pioneers faced Angelo State University (ASU) in the quarter-final round of the Lone Star Conference tournament, where a tie continued into over-time play. The tie was broken by five penalty kicks, which put the Belles in the lead 4-3.

The game started out in the Pioneers favor with two successful saves by goalkeeper Samantha Jimenez. The Pioneers countered these shots with a goal scored by senior forward and midfielder Gaby Larson with an assist by junior midfielder Chelsea Martin and senior forward Rachel Peters. Jimenez goes onto deny 9 shots against the Belles, her career-high number of saves.

With an assist by senior first-year forward Hannah Schneider and Larson expanded lead against the Belles 2-0 in the 60th minute.

The Pioneer lead faltered during the second half of play after a penalty kick by ASU Trenadey Scott scored past Jimienez. 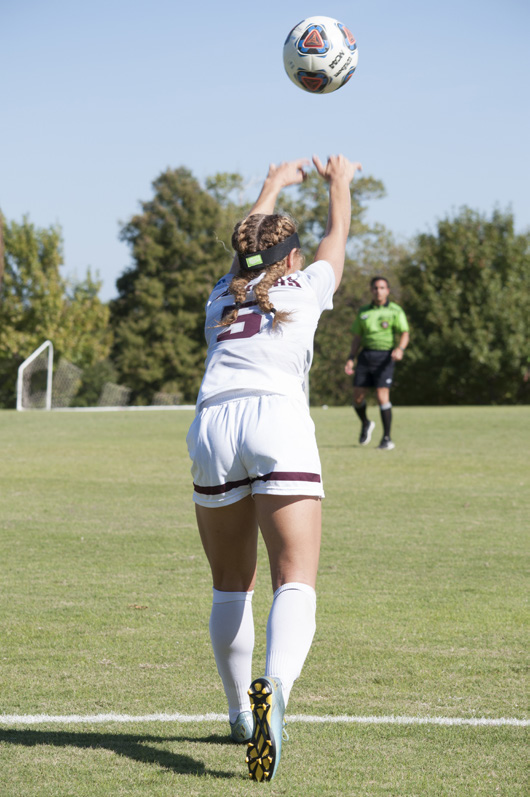 The Belles cut the lead and sent the game into overtime after ASU’s Shay Williams scored against TWU with an assist by ASU’s Lauren Perry.

During over-time, first-year midfielder Maddi Nolton scored against the Belles but was contested when TWU was called off-sides.

Jimenez prevented the Belles from taking the lead during over-time with a save in the 103rd minute of play.

Five penalty kicks broke the tie and move one team onto the semi-final round of the conference.

ASU won the contest with four goals to TWU’s three, advancing the Belles to the semi-finals round and ending the Pioneers conference play

This game concluded the Pioneer’s season and set their record to nine wins, eight losses, and two ties.