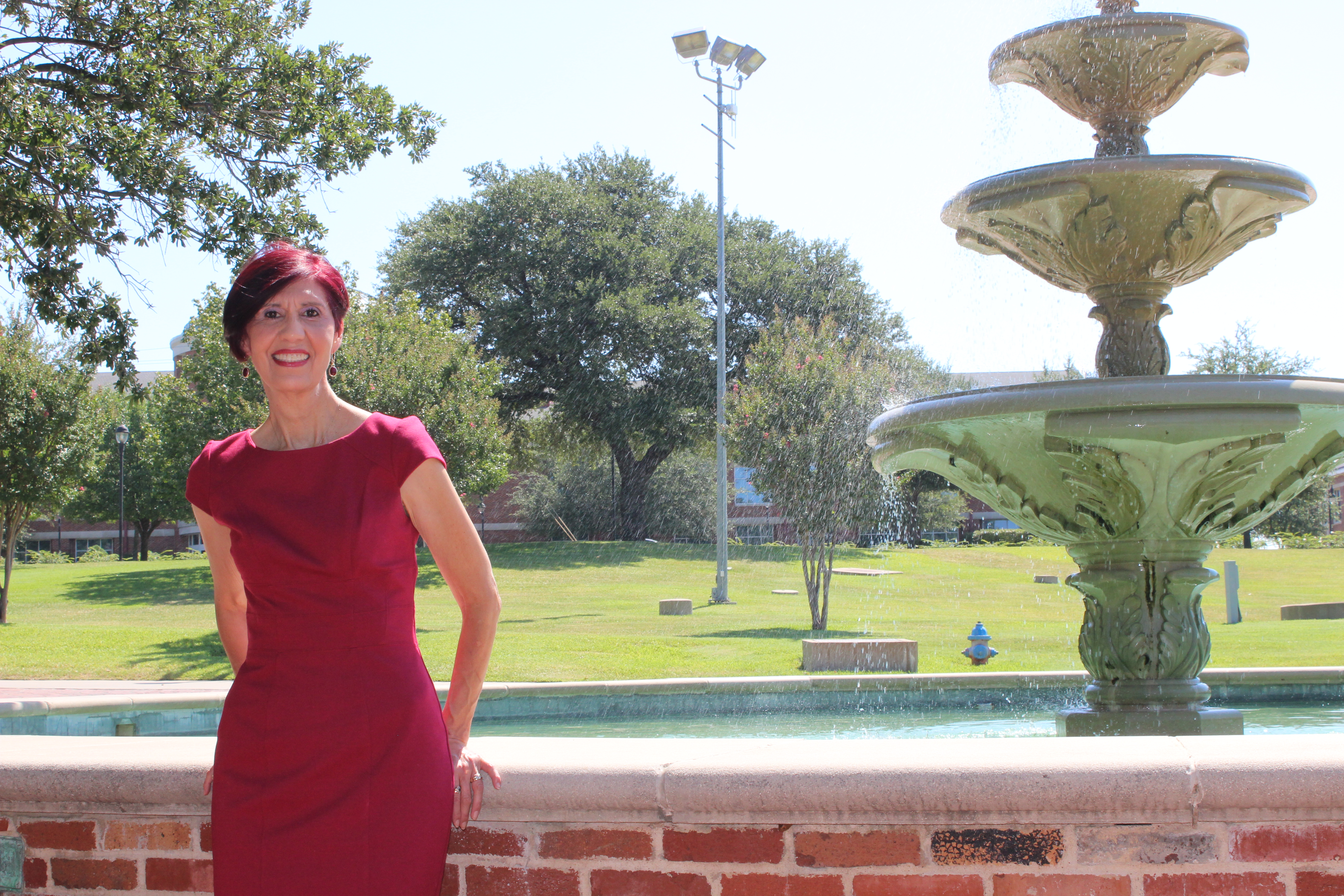 Juanita Dueñez-Lazo began her professional career at TWU before she even graduated – working in the Office of Admissions as a student employee.

After completing her undergraduate degree in History and Government, Dueñez-Lazo was offered a job to continue working in the Office of Admissions. She moved to the Houston campus in its first year – 1976. She spent four years in Houston before returning to Denton, where she recieved her Master’s degree in Counseling and Guidance. Dueñez-Lazo went on to maintain several professional roles at TWU, including Director of Student Activities and Orientation, and Director of International Education.

Now, after several years of retirement and being a caregiver for her family, Juanita is back on campus as the President of the TWU Alumni Association. Through her prior roles at TWU, Dueñez-Lazo worked closely with students and their university experiences. Now that she is working with TWU alums, she is still working toward the goal to “reach out and engage alums with the life of the university” and to celebrate and recognize TWU alums who are also faculty and staff members.

During her experiences and associations when she was a student-employee at TWU, Dueñez-Lazo developed a wide network of relationships with the campus community. She said: “I just fell in love with the idea of also working at TWU.”

You can also find Juanita’s name on the list of brides married in the Little Chapel. She met her husband during their undergraduate studies here at TWU and had their wedding at the Little Chapel in 1980. She added: “I knew from the first time I came to campus that if and when I got married it would be in that chapel.”

Not only has Juanita adamantly been involved with TWU, but a good portion of her family are also TWU alums. Thirteen of Dueñez-Lazo’s relatives, including her son, aunts, sisters and even cousins also attended and graduated from TWU.

Dueñez-Lazo also reads the names of graduates at every ceremony on the Denton campus. In 2008, Dueñez-Lazo’s son was in the last class to graduate from TWU with a Bachelor’s degree in Journalism and was among the list of names for her to read off. After admitting to getting a bit choked up saying her son’s name, she said: “I couldn’t have been more proud than when my son decided he would attend TWU and when he graduated.”

Another passion Dueñez-Lazo has besides TWU, is Our Special Children, a family support group where she is a founding member. Our Special Children is a resource for families of children with special needs to get together for group dates and guidance for parents. This organization is a contributing factor to what promoted Dueñez-Lazo to achieve her Master’s degree in Counseling and Guidance.