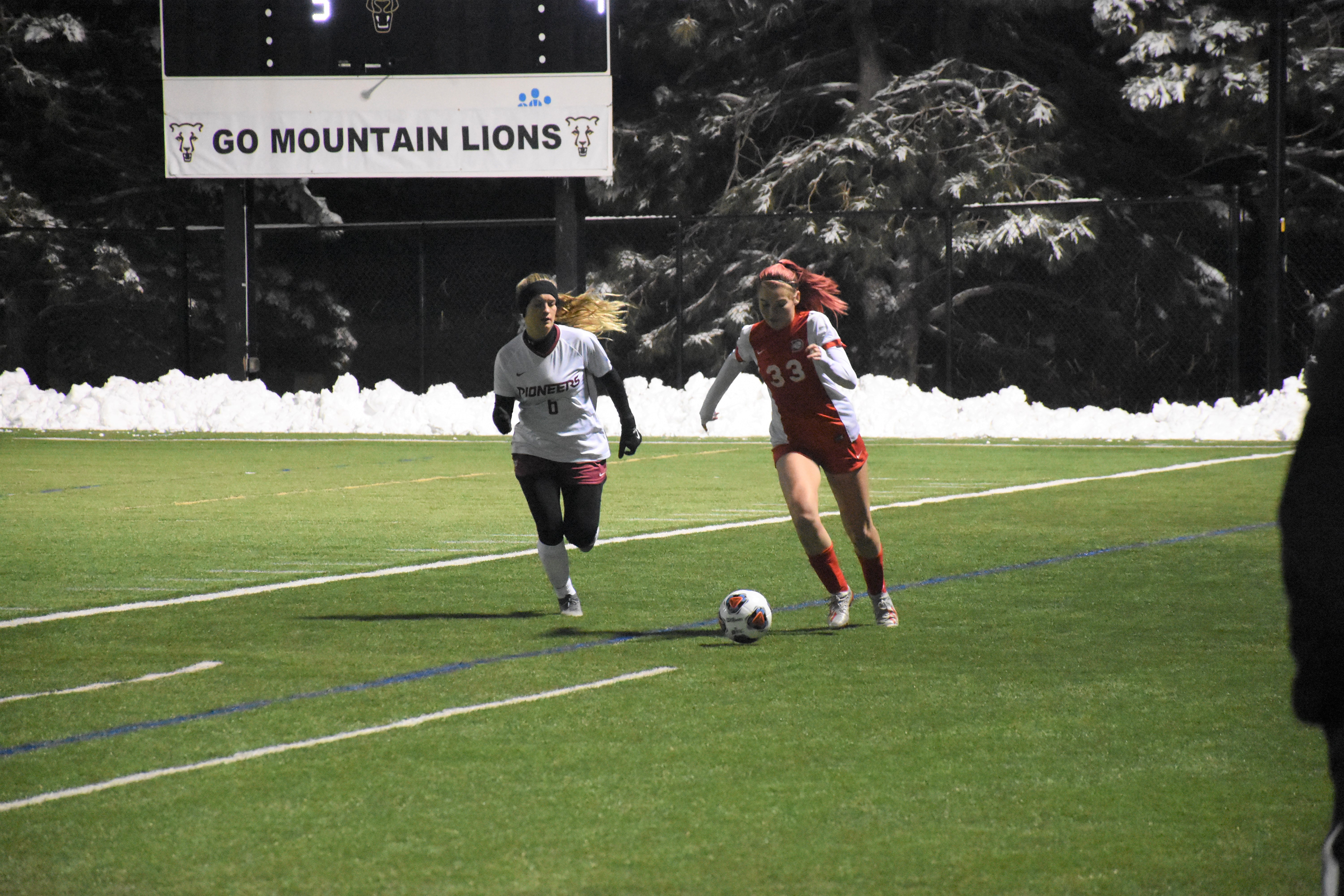 The Texas Woman’s University soccer team ended their record-breaking season by making it to the NCAA South Central Region tournament for the first time in school history last week.

The team earned a fourth-seed position in the South Central region out of 28 teams. After making the trip to Colorado Springs, Colorado, being delayed due to heavy snowfall and playing in temperatures colder than they ever had before, the team fell to fifth-seed Dixie State on penalty kicks in overtime. The season ended with a record-breaking high of 15 wins and only 5 losses, along with 10 shutouts that marked the team’s second-highest shutouts in history.

“We have a lot to be proud of,” head coach Babak Abouzar said in a TWU news release. “This opportunity was a great experience, and it’s something that we’re going to continue to strive for to get back here soon. Now that this team has had a taste of success, we’ll be hungry to duplicate it in years to come.”

For the NCAA selection announcement, TWU held a watch party that the team attended. As the team left for Colorado Springs later that week, the university held a send-off.

“It’s a great feeling to be able to represent TWU in the NCAA tournament for the first time in program history,” Abouzar said.

Despite the upset in the tournament, Abouzar said in the TWU news release that the current seniors have left the program in good hands for the returners to continue next season.

The team will graduate six seniors before next season, many of which had just been awarded honors in the Lone Star Conference Championship the weekend before.

“This season was something special,” senior forward Hannah Schneider said. “Off the field, we were very close, which was a huge factor in our success on the field. Making history was an incredible ride, and to do it my senior year made the end of my career end on such a high note.”

In addition to the honors that six members received at the Lone Star Conference Championship, redshirt senior and midfielder Brittany Jones was named to the Division II Conference Commissioner’s Association All-South Central Region Second Team for the first time in her career.

Despite the upset against Dixie Springs, Abouzar says that the team held their own throughout the night.

“I told our girls after the game that there’s no reason to hold our heads down,” Abouzar said in the TWU news release. “There’s only going to be one team that’s happy at the end of the season.”

Alyssa Walker can be reached via email at awalker26@twu.edu