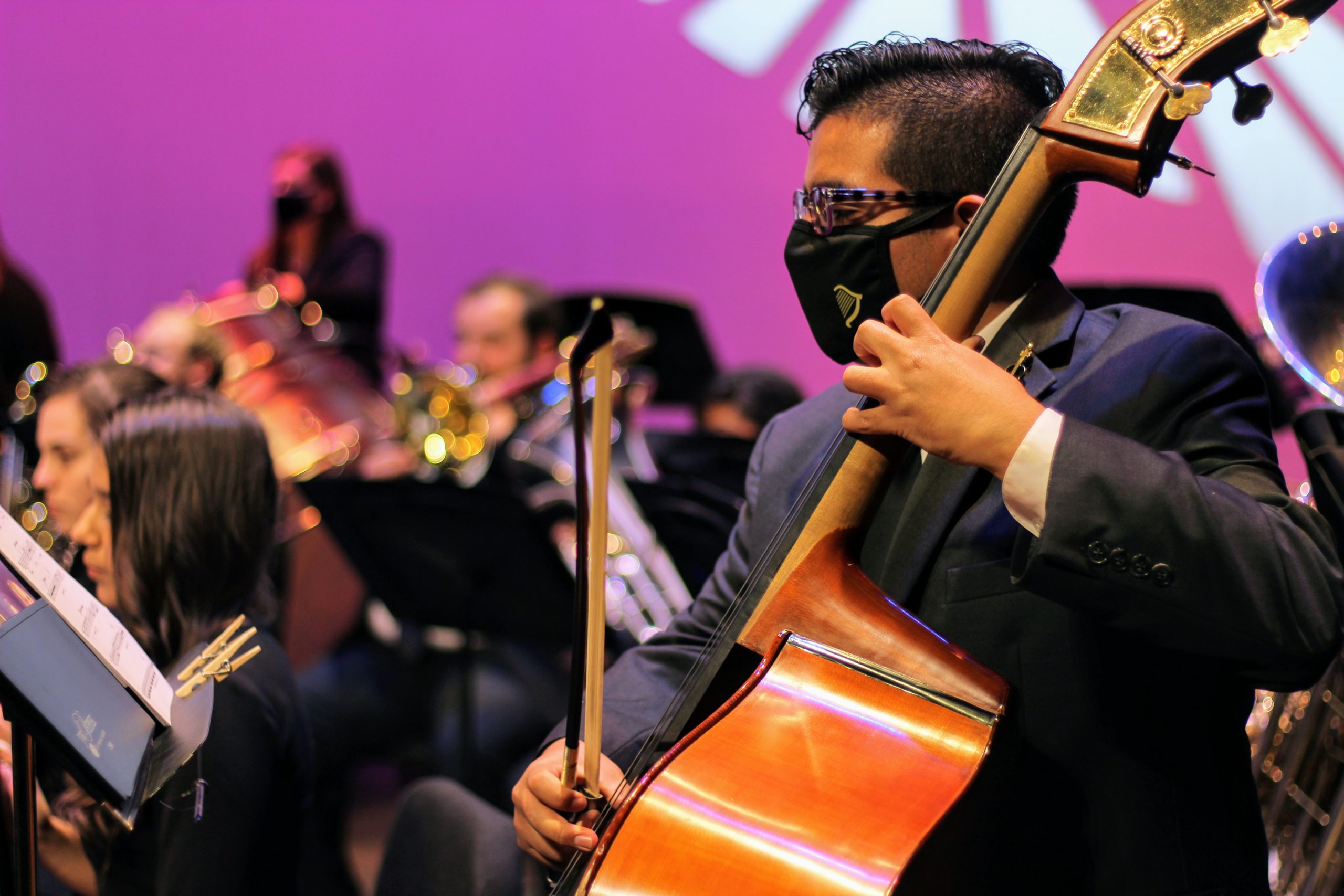 The band performed a total of five songs, including “Young Voices” by Harrison Collins, “Allerseelen and Zueignung” by Richard Strauss, “Heart’s Lullaby” by Brooke Pierson, “Glitter and Be Gay” by Leonard Bernstein and “Soulström” by Jodie Blackshaw. Concerto competition winners from 2019 and 2021 Melissa Hall and Rachel Pfeiffer joined the ensemble for live vocal performances of “Allerseelen and Zueignung” and “Glitter and Be Gay.” Additionally, a student-led ensemble consisting of eight students performed “Heart’s Lullaby,” showcasing the piece after practicing together for several weeks, assistant music professor Dr. Carter Biggers said.

The concert was led entirely by Biggers, who said he aimed for the night to have theatrical aspects as he tried to “connect each selection to a common thread that winds its way through the tapestry of the music” for every performance. He said the concept for the concert started with the idea to invite two vocalists as well as include the last work performed at the concerto competition concert, “Soulström.”

“Taking the concepts of voice and soul, I immediately decided to marry them with the concept of the heart to arrive at ‘Heart, Soul and Voice,’” Biggers said. “From that point forward, it was a matter of finding music to fill out the rest of the program that fit into this common theme.”

Biggers also included pieces by younger composers Harrison Collins and Brook Pierson as he said he enjoys supporting young musicians and including them in the concerts he organizes. He said the band executed each piece amazingly and feels honored each time he gets a chance to conduct TWU ensembles.

“These students are passionate about what they do and they put their all into every performance,” Biggers said. “I am very lucky to be their conductor, and I try not to take for granted every opportunity I have to work with them. They are amazing.”

Junior music education major Alanna Baxter said she noticed the campy nature of the concert as her experience at this one was like never before at TWU.

“I’ve never seen them do [a concert] with just the soloists and the band,” Baxter said. “That was a really interesting duo.”

Baxter said that the best performance of the night was the last one, “Soulström,” for its unique and enticing composition.

“None of those instruments typically ever make those noises,” she said. “It was cool to hear the band take their mouthpieces off and blow into them versus the whole instrument.”

The TWU music department will be hosting its next concert Oct. 7 at 7:30 p.m. in the Margo Jones Performance Hall and will feature the Chamber Singers and Concert Choir. For more information on upcoming concerts, click here.