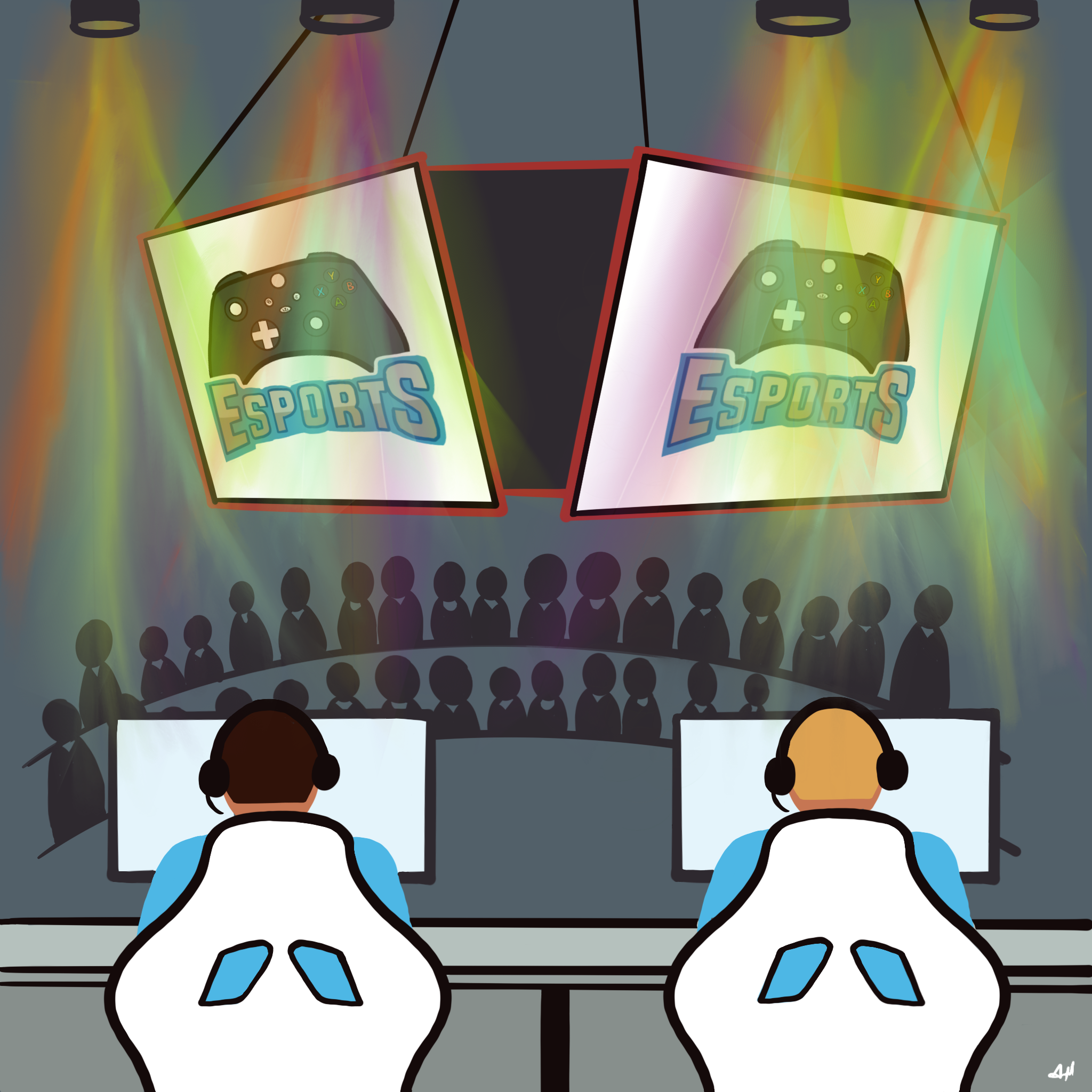 The Texas Woman’s University Fit & Rec Center is currently in the beginning stages of establishing an esports program for students at the university.

Esports is a form of sport that involves competitive and organized video gaming and is known to be an industry dominated by men. Women comprise 30 percent of esports viewership and 35 percent esports gamers—a statistic that is growing rapidly. Michelle Kelly-Reeves, director of the health and wellbeing initiative, said that she wants to introduce esports to TWU to encourage women to explore various sports endeavors.

“There is a unique opportunity for women to excel in esports, and our goal is to ensure that TWU students are prepared to participate and succeed in this exciting and potentially lucrative industry,” Kelly-Reeves said.

Development for the school’s esports program started in fall 2019 when Fit & Rec staff began searching for new activities to add to the Fit & Rec agenda that strayed away from fitness-based sports, outdoor adventure coordinator Michael Wilson said. In a previous survey distributed by Fit & Rec last year that asked students what new activities they would like to see on campus, much of the feedback mentioned wanting to participate in esports, both individually and within teams.

“When it comes to esports, it’s a growing and expanding opportunity on college campuses,” Wilson said. “It’s a great way to get ahold of students that we wouldn’t normally get ahold of and wouldn’t usually come into our building.”

Staff hosted an esports seminar Feb 6. in partnership with Mavs Gaming to introduce students to the upcoming program. The seminar featured professional gamers and business professionals that discussed their occupations and the gaming business. Kelly-Reeves said that she hoped the seminar helped students get a feel for the sport and identify the possibility of professional opportunities within esports.

“The seminar [was] a great way for TWU students to hear from industry experts about esports,” Kelly-Reeves said. “We hope that students will recognize the potential and will want to participate more with our TWU efforts as well.”

Future plans for TWU esports include gaming livestreams through a TWU-only Twitch channel that students can log into and stream their game play as well as gaming tournaments between resident hall floors and student organizations. Wilson said that the Fit & Rec staff hope for the esports program to eventually become competitive and to organize an official school sports team within five years of establishment.

Along with adding esports to the Fit & Rec agenda, staff are also making plans to provide a space for both potential activities and the Smash Brothers Alliance student organization, which staff have chosen to support and collaborate with through the esports program. The space will be a renovation of one of the organization’s studios to create a gaming lounge and will include 10-12 desktops, additional consoles and large televisions. Renovations are set to be completed by fall 2021.

Both Wilson and Kelly-Reeves said they see the launching of esports at TWU as an additional tool to help students build a new sense of culture and community.

“The health and wellbeing initiative advocates for the essentials of self-care,” Kelley-Reeves said. “One important component of this initiative is Mind Well, which focuses on mental health and positive social relationships. Esports can be a great stress reliever as well as a way to connect to friends and family through recreation, and we want it to be one more way that students can come into the center and meet others with similar interests.”